It is that time again in Santa Barbara, Fiesta is here and we are ready! Fiesta officially opens Wednesday night at the Mission at 8pm, in the dark. Uhmmm...as you may know, the kiddos in this family make it to about 7:30 before there eyes start to get red and their heads began to nod, not to mention drastic changes in their temperaments. That and the fact that two kids running around in the dark at an event in opposite directions is one of my worst nightmares, means that we haven't seen the ceremony since either was born.

But, when a friend emailed that they were going to watch the Fiesta rehearsal on Tuesday and that it started at 5pm...we were so there. It ended up being a little later than that, but with no announcers and the event flowing from one dance straight into the next, it was very kid friendly.

Plus, lots of room for the boys to run and play. 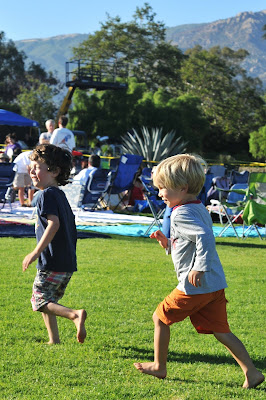 Once the dancing started, all kiddos were enthralled. 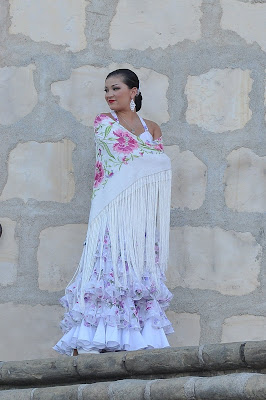 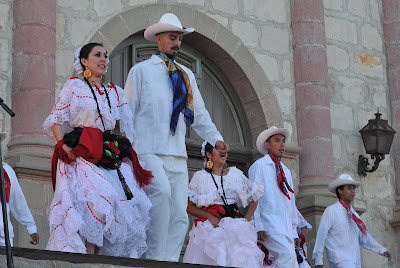 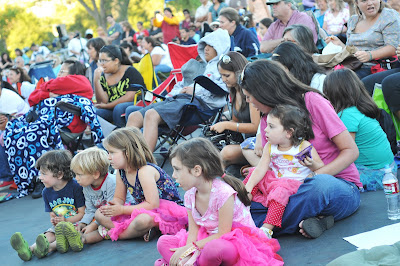 Of course, both girls (and Keller) now want to be Fiesta Flower Girls and Vera gave J a flamenco performance when we got home. 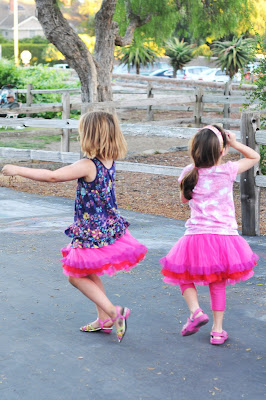 Posted by Good Times and Chaos at 9:26 PM