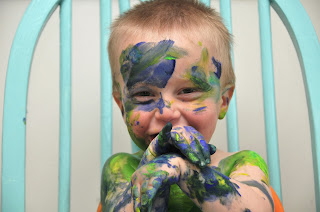 August is my little boy who thinks he is the same age as Keller. He wants to do everything that his brother does, including jumping off of things that are too high and be included in all games (including things like Monopoly). He doesn't quite understand that he is still transitioning from being a toddler to be a mini person. Thankfully, his language skills are picking up and being able to communicate with us has made both his and our lives easier. It is so nice that he can now tell us when he wants a banana. 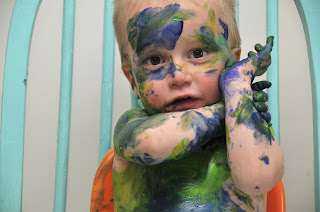 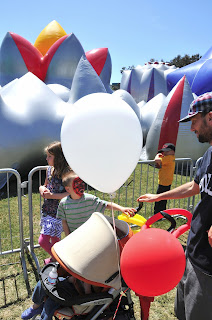 J got a chance to visit this year's Luminaria at UCSB. A better description than I could ever write is on the Architects of Air website. 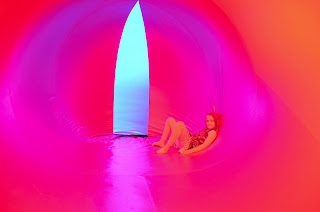 Vera's entire goal this time around was to find a cubby and be able to sit in it for a few minutes to relax. With two younger brothers, that doesn't happen often. 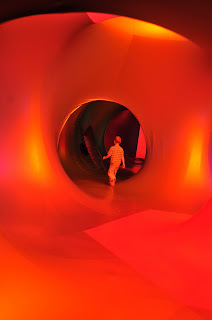 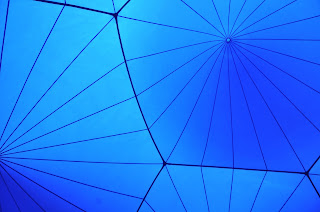 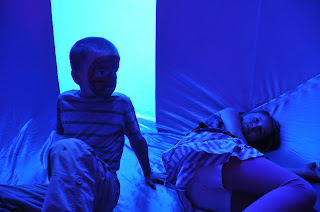 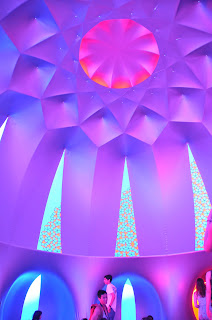 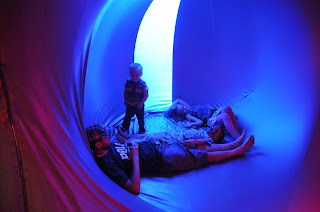 It was a bit hot for me this year and I was done after 10 minutes. The kids and Jason were able to hang for quite a bit longer.
Posted by Good Times and Chaos at 10:36 AM No comments:

The UCSB Shows are a series of theater experiences designed for families with young kids. This year, we got to see acrobats, Taiko drummers, and an Eric Carle performance. Per usual, the kiddos enjoyed the free balloon art and face painting, before heading into the theater hall to watch  New York City's Kid Pix. The pix are a collection of short, animated movies from New York City's film festival. It was not our favorite show as some of the movies had a scary bit or two, one things my kids don't handle well is scary movies or television. 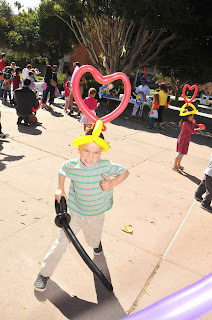 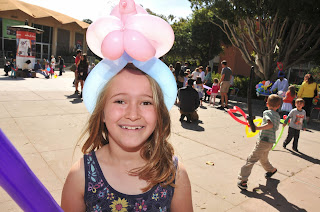 A swan on a hat, it took me a second to figure it out when she came over wearing it. ;) 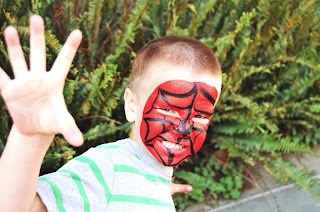 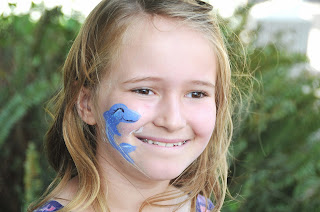 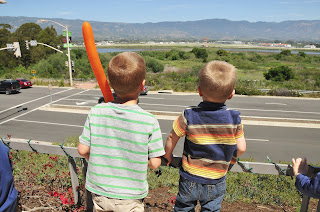 After the show, because we bought the series, we got a pizza party. Lots of fun and the boys were thrilled that the Santa Barbara Airport could be seen from the balcony. Endless entertainment with planes landing and taking off.

We also let the kids know that Mazzetta Kiddo #4 is on the way. Due November 4th, the babe is making itself known already by exhausting this mama and making me just a wee bit sick.
Posted by Good Times and Chaos at 9:51 AM No comments: 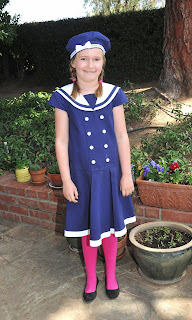 Easter outfit with matching hat = check!
Posted by Good Times and Chaos at 11:49 AM No comments: 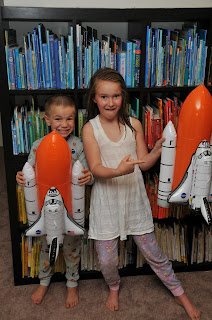 Yes, we bought souvenirs...it was to make up for saying we were going to buy them something at Disneyland and then not. ;) Whoops, still much cooler than anything in the Magic Kingdom.
Posted by Good Times and Chaos at 11:46 AM No comments:

With the Endeavour now resting at the California Science Center in Los Angeles, it has been on my to do list. There is something so cool about all things space travel. I admit, I always want to buy the Astronaut Ice Cream when I see it for sale.

Before you see the space shuttle, there are different displays detailing how astronauts eat, go the bathroom, and a mock NASA Command Central. 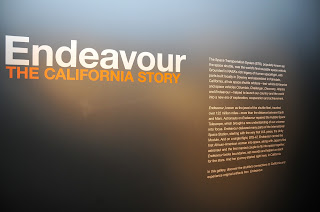 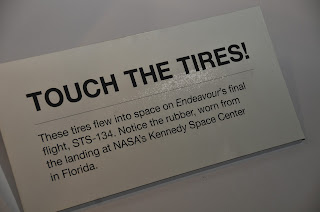 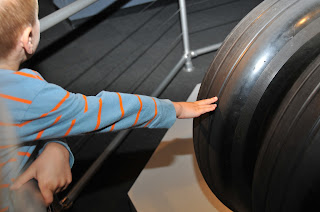 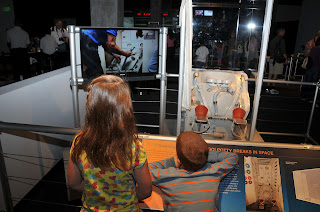 An entire video about how astronauts use the bathroom in space. I was the only one who made it through the entire thing. See, all things about space are interesting. 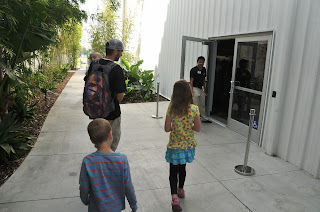 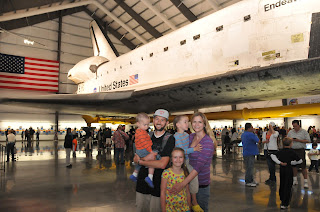 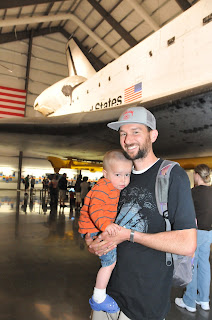 The close-up look at the space shuttle is eye opening. The Endeavor's trips to space have taken their toll on the exterior. Plus, the exterior of the of the Endeavor looks like cardboard. 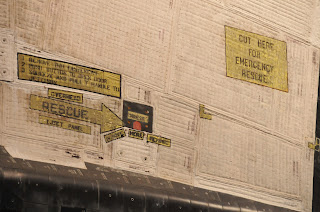 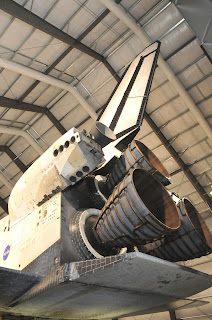 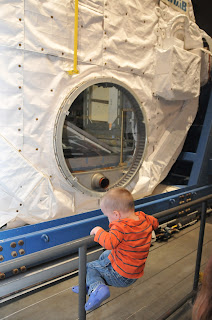 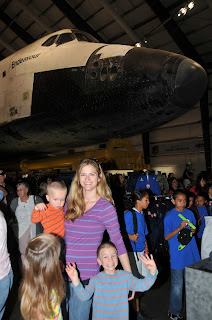 Posted by Good Times and Chaos at 10:31 AM No comments: 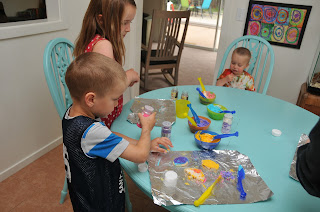 It only took Gus three cookies to realize that he couldn't eat all of them as we decorated. Okay, maybe he never realized that fact, but after three cookies he was done. No more decorating eating for that little boy. 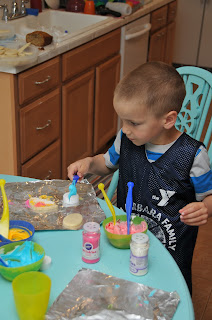 It always amazes me how much time the kiddos can spend together crafting/decorating. 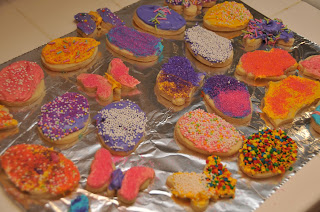 Posted by Good Times and Chaos at 10:14 AM No comments: