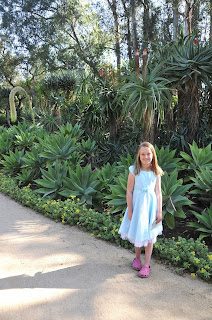 From the Lotusland website, better than I could ever explain:

"Madame Ganna Walska, a well-known Polish opera singer and socialite, purchased the estate in 1941 and spent the next 43 years creating Lotusland. The spectacular collections of exotic plants throughout the 37-acre property are a very personal expression of Walska’s penchant for the dramatic, the unexpected, and the whimsical. After her death in 1984, Lotusland became a nonprofit botanical garden and opened to the public in 1993." 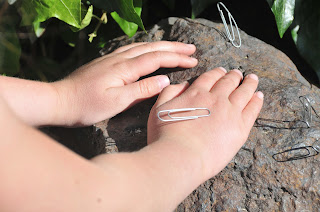 My favorite parts were the small details. Vera playing with the magnetite rock. 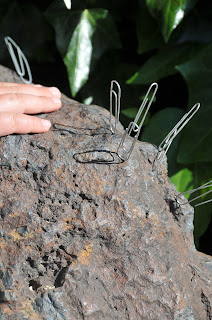 The recycled glass used to outline the paths throughout the garden. 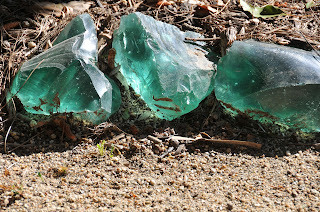 The fact that Vera was thrilled that some of the hedges were shaped like chess pieces. 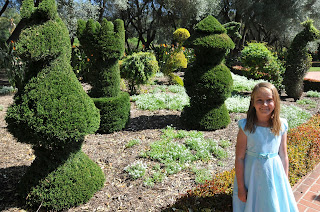 Rocks that look like animals. What do you see? 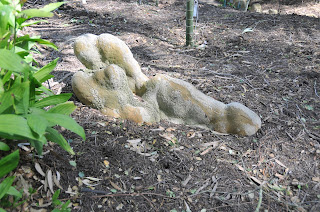 Randomness. The entire pool was outlined with Abalone Shells. 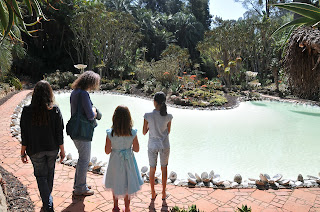 More randomness = an entire cactus garden. The theme of the tour is a bit random. I am sure there is a logical order to the plants and the way the gardens are organized, but it was quite a jumble to me. My one wish was that we had gotten to see the Lotus plants in bloom, but that happens in June. 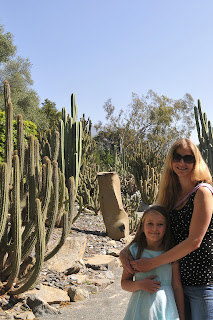 Posted by Good Times and Chaos at 6:27 PM