I decided to download the pictures from our small camera...all 2011 of them. Yikes! There were pictures dating back to when Gus was 2-months-old. I've blogged many of them, but am still a couple of months behind. The next few posts are going to cover everything that happened in the last couple of months that we documented with the small camera, all rambled and jumbled with no order.
J's big news is that he FINALLY put seatbelts in his 1964 Malibu (the interior still needs some work!). But, the entire family can now ride in safety. I will take it. There were always belts in the front, but those have been replaced, plus three belts added to the back row. Yay! 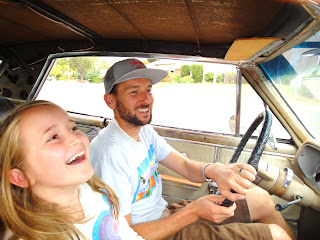 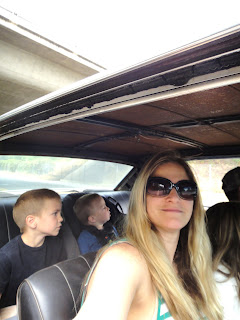 Posted by Good Times and Chaos at 7:47 PM