Science has been the go-to subject for the last month in the Mazzetta House. It started off when J decided to take the day off work to drive the kids to Lompoc to watch a rocket being launched from Vandenberg AFB. Even he will now admit it was a long drive (45 minutes each way) for a very short activity (30ish seconds), the only reason I mention it is because it is my justification for why I stayed home, in bed, reading a book.

The great part about the experience was that it fueled (pun intended) Vera's thirst for knowledge about space and rockets. Keller has always thought rockets were pretty cool, I think because of his awesome rocket pajamas. 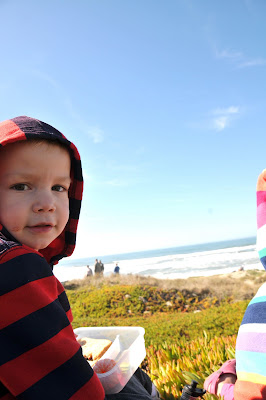 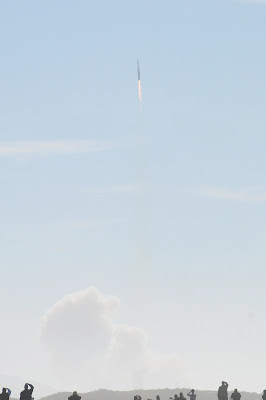 Even I have to admit that the curly-q cloud/tail/whatever the official name is, is pretty darn cool. 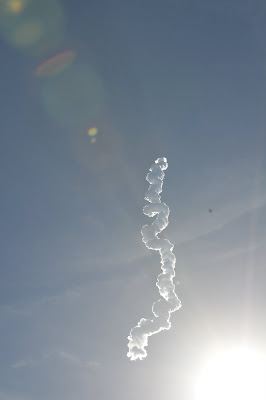 The next step was a trip to the Santa Barbara Natural History Museum (SBNHM) to watch the planetarium show "Cardboard Rocket." A 45-minute show in which two kids use their homemade rocket to explore all the planets in the Milky Way.

After the show, J and the kiddos did a little exploring of the SBNHM. What happened next is why I think children have both moms and dads. See, when I take the kids and traipse around the SBNHM, we hang out on the bridges and enter a few rooms here and there. J, he took the kids across the creek (using rocks to cross), up a hill, and to what can only be defined now as a random area. In that random area, which we are not even sure is a part of the museum, they found...BONES!

Did they leave those bones alone, of course not. Instead, they arranged them on a rock. I should clarify that the bones would almost be considered fossils at this point and since the kids are very into dinosaurs...they thought the whole thing was pretty darn cool. So cool in fact, that they went back to visit the bones 3 times.

On the second visit, I mentioned to J that he should probably tell someone what they had found. Oh, those wonderful employees. The amazing person he talked to gave them two choices. First, they could leave the bones at the museum for a scientist to identify what animal they were. Or, J and the kids could take them home. This is where I would have said to leave them. Hello, what are we going to do with bones at our house? Well, it turns out that they make a lovely porch decoration. Yep, we have what can only be identified as a leg bone, a vertebrae, and a tooth chilling by our door. A little creepy, although we haven't had a solicitor drop by since they have made their appearance. 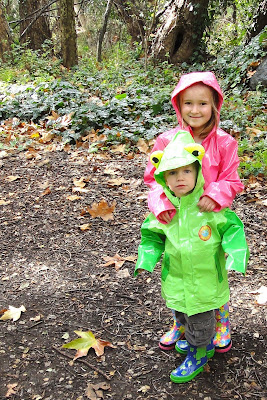 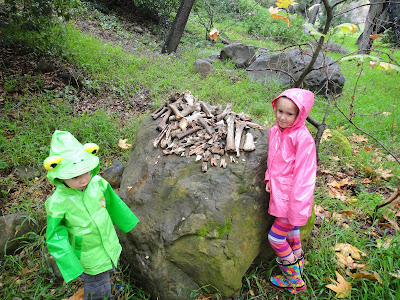 I, being me and slightly less into real bones, bought the kids a dinosaur fossil kit from Michael's. It took them 45-minutes to dig out the bones...worth every penny of the $3 that I spent. 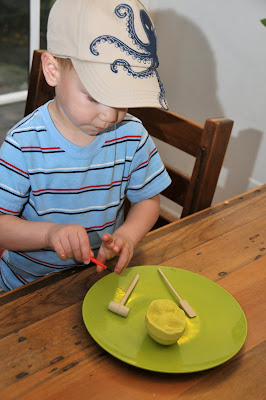 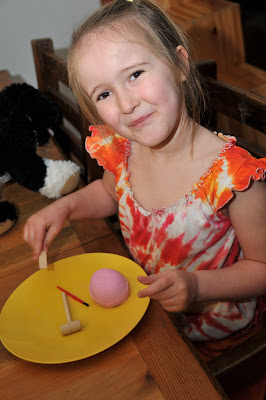 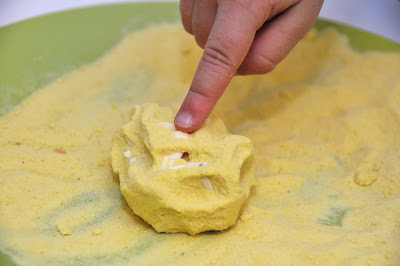 Posted by Good Times and Chaos at 7:44 PM