Our family has a "thing" for presidential libraries. Well, that might be stretching the truth just slightly since we have only been to two, but we want to go to more! I can truthfully say we have talked for months now about visiting the Ronald Reagan Library the next time that my pops came to town. The draw of this library is that it houses Air Force One, not the current one used by Obama, but the retired plane used by seven U.S. Presidents. 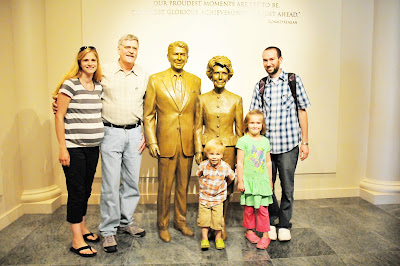 Is this a picture of the future? 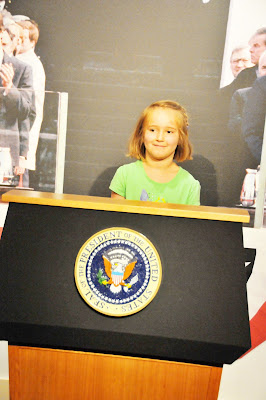 Or, maybe this one? 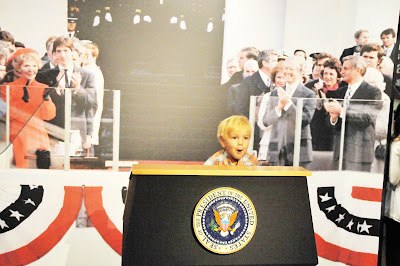 Other than the plane, I thought the replica of the Oval Office was darn awesome. You know what would have made it better...if you could have sat behind the desk! That would have been amazing. 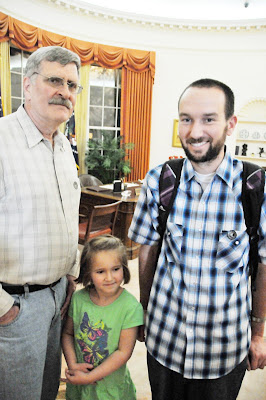 We totally stole this idea from the people in front of us. 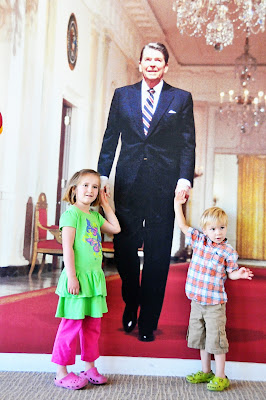 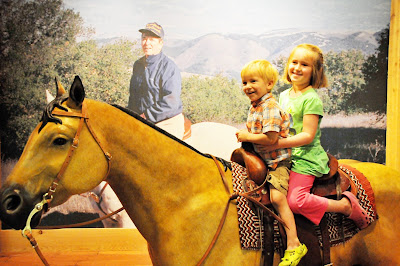 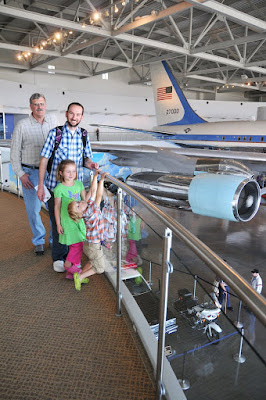 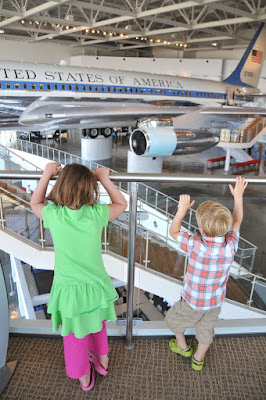 Posted by Good Times and Chaos at 8:47 PM

Love the pics! I liked the Reagan Library too. Did you see the jelly bean portrait of Reagan?

Okay, I have to vote Keller for Prez, that face is priceless!