Heritage Square Museum is random, random and cool all at the same time. Basically, the museum relocated houses that represent Southern California's history from the Civil War to the early 20th Century. Costumed guides give tours every hour detailing each house's origin, owners, and a little bit of the time period when it was built. They vary in how well they have been restored and decorated. The green and maroon house was my personal favorite...well, that one and the hexagonal house. Living in a hexagon would be cool. 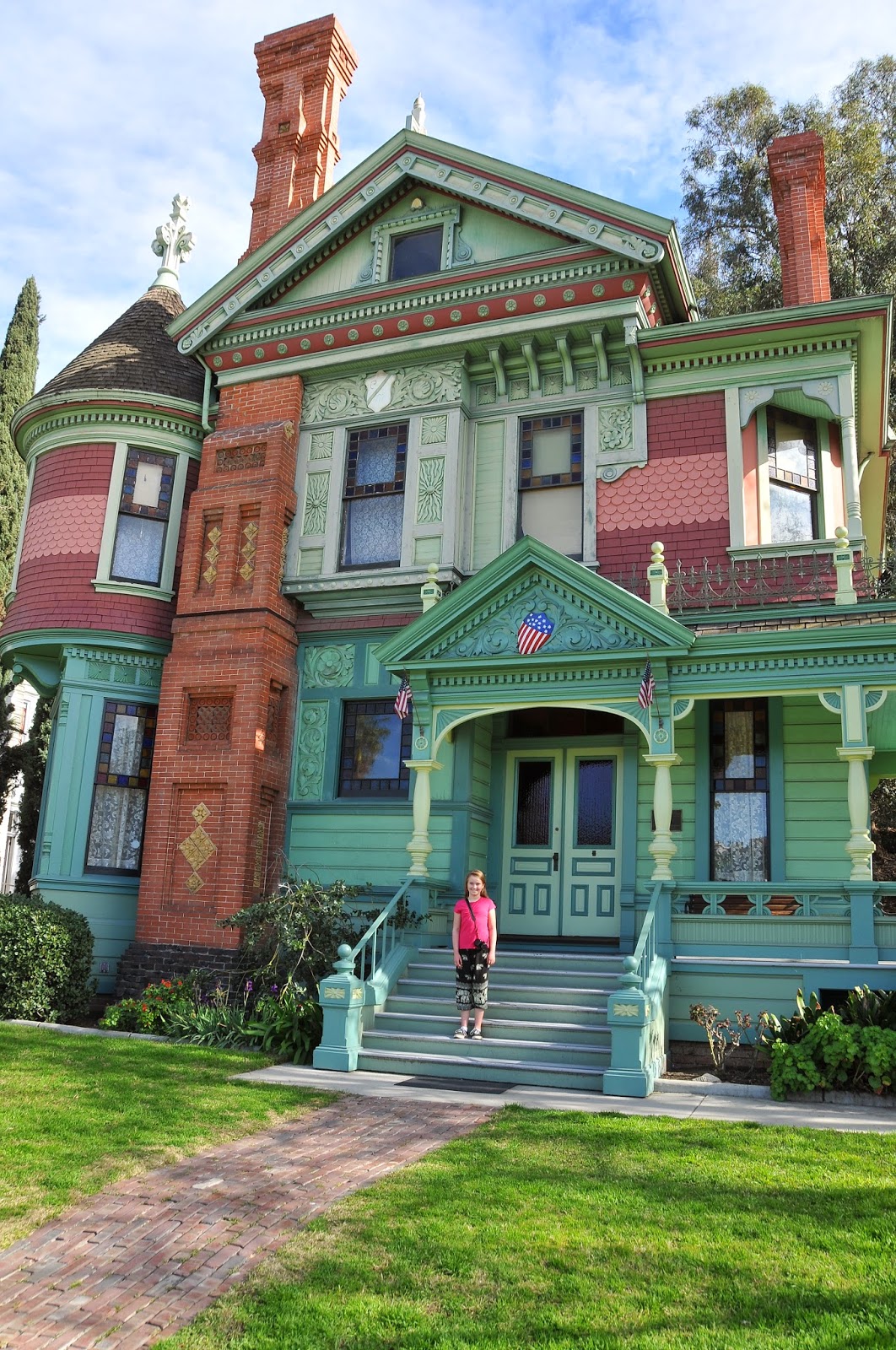 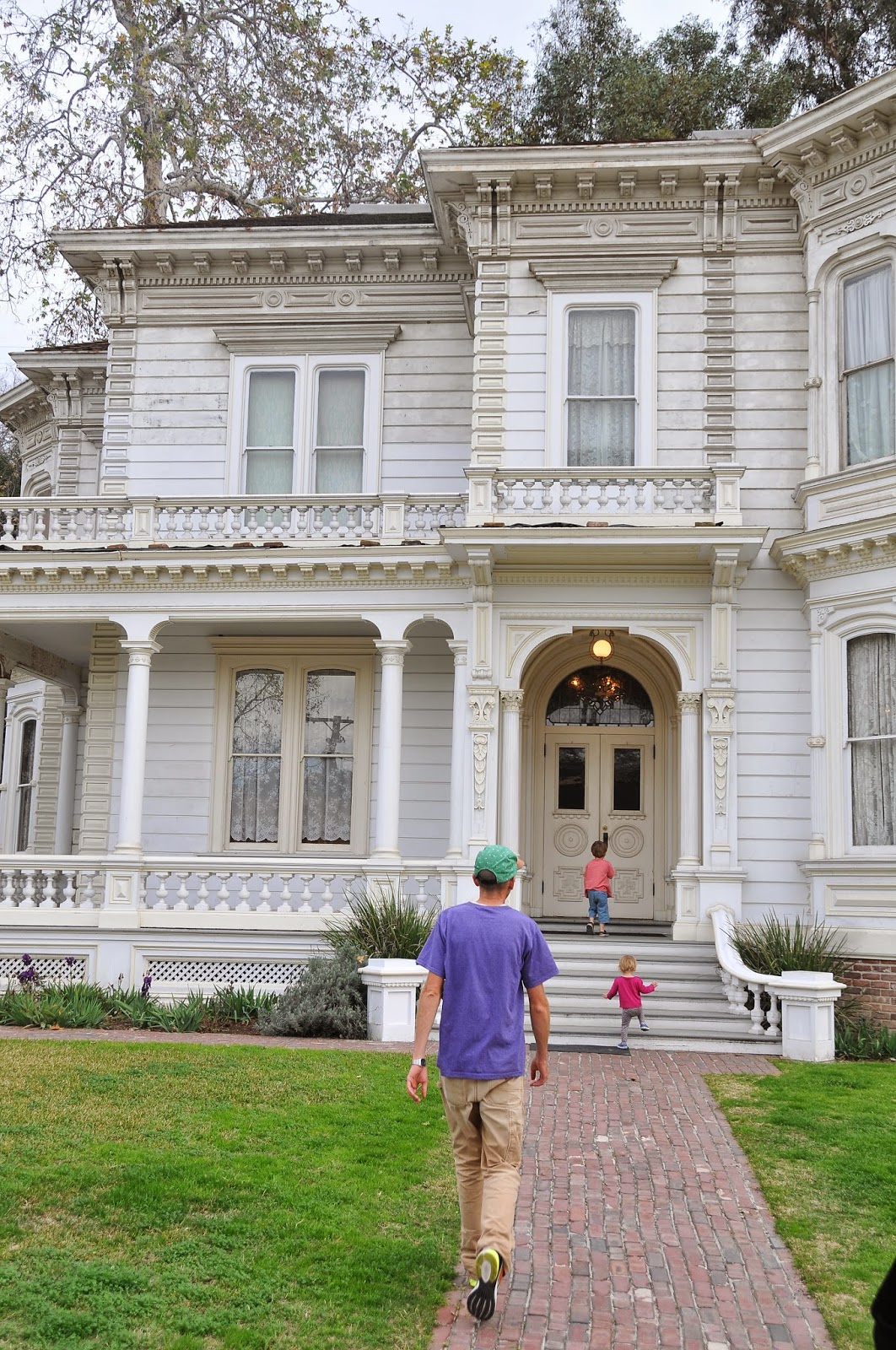 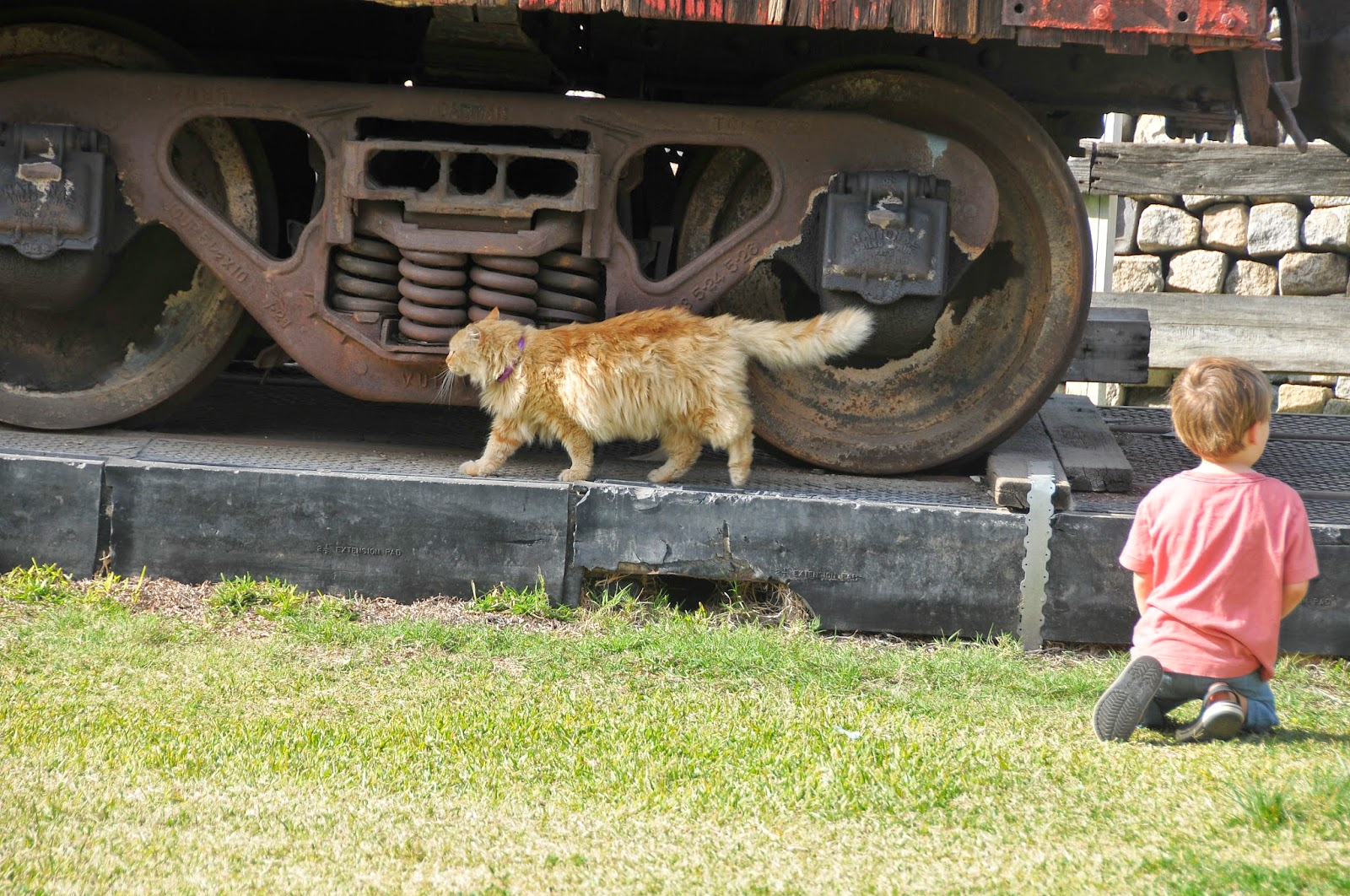 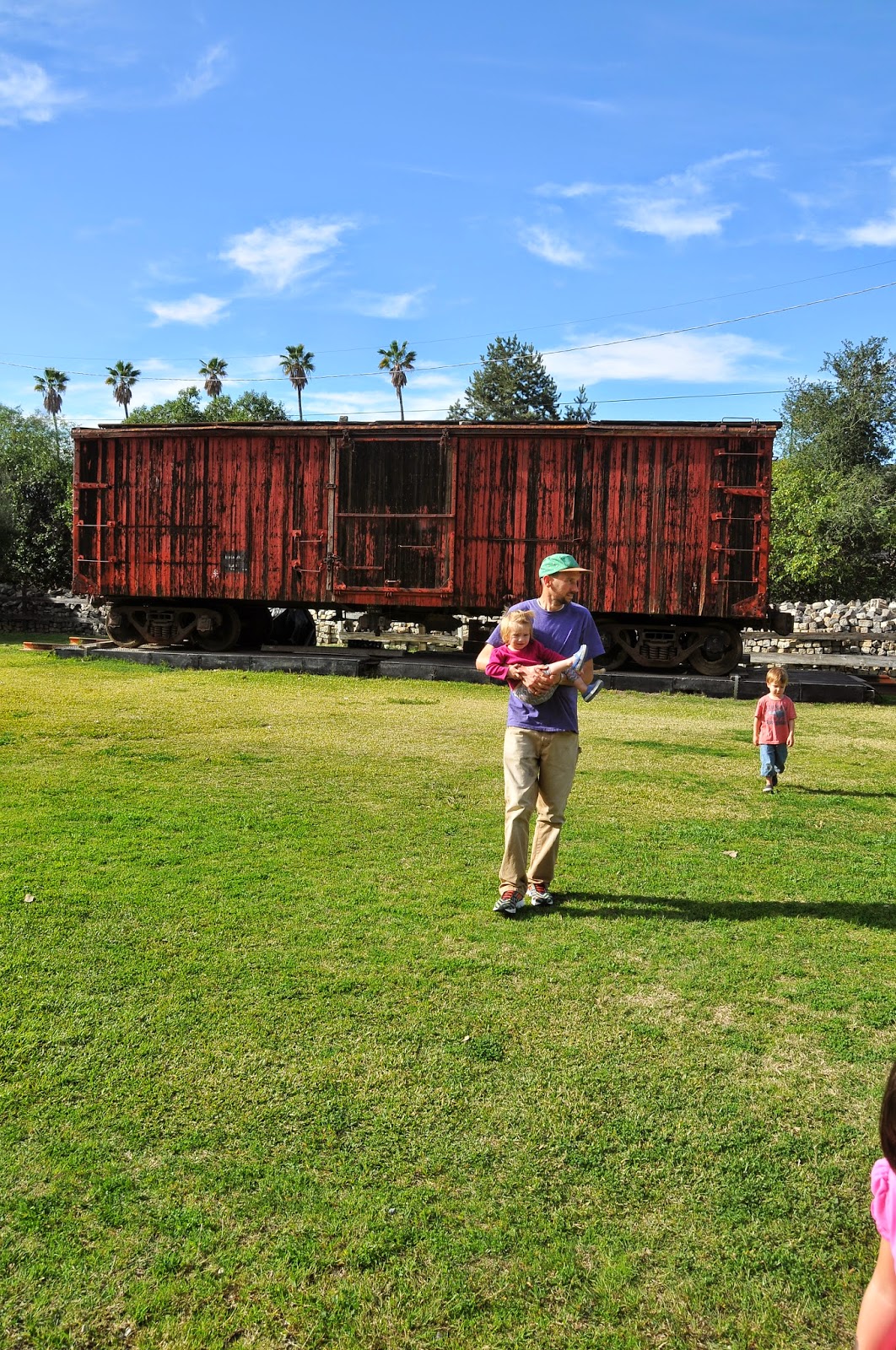 They filmed a scene from "Saving Mr. Banks" outside the front of this house. 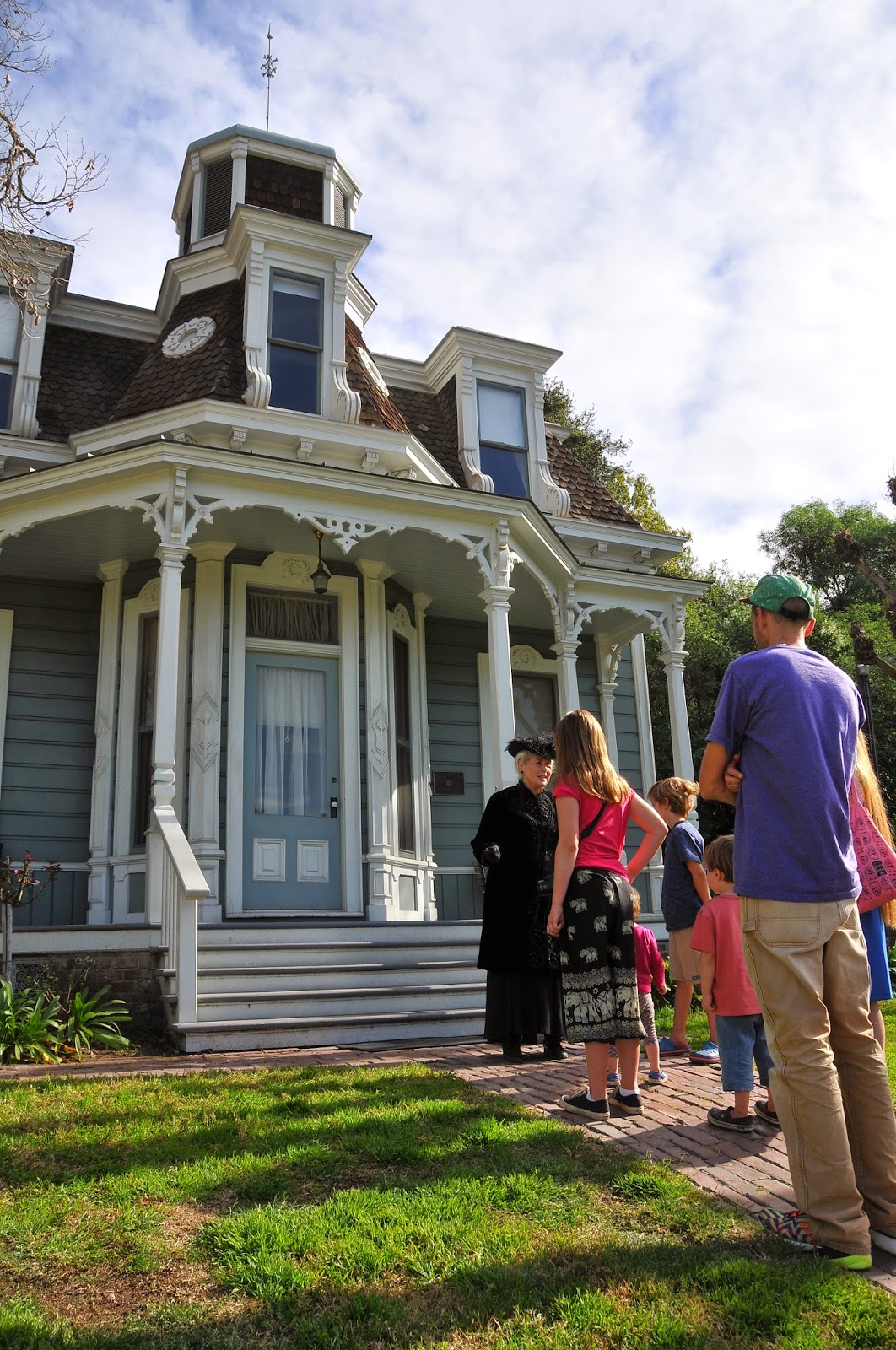 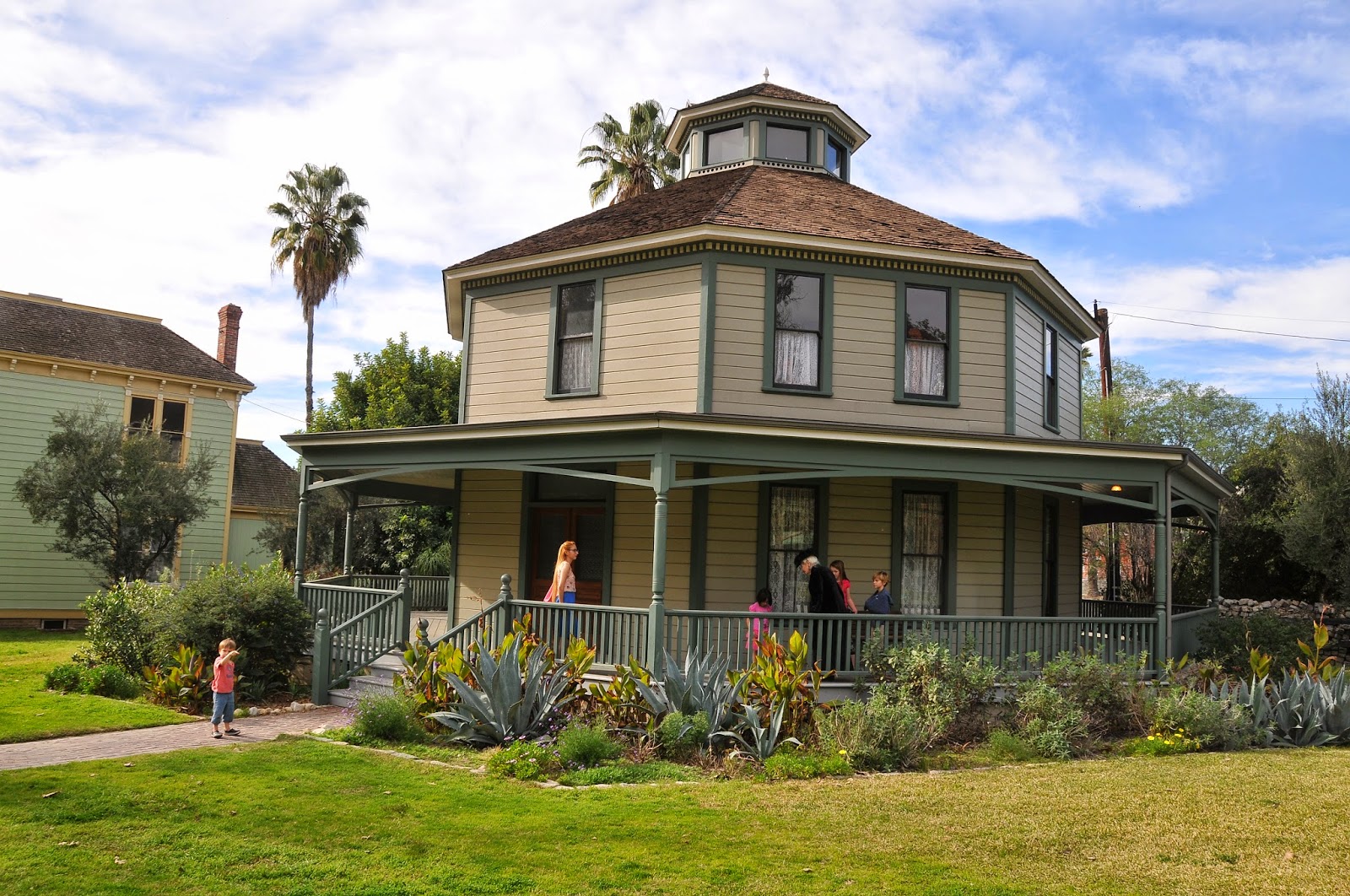 Our guide was interesting. I don't think she knew quite what to do with our family of 6, children were not her specialty. At one point, she turns to Vera and talks about chloroform and how kidnappers use it. Hmmm, maybe not the topic I would have started with my 9-year-old who worries. 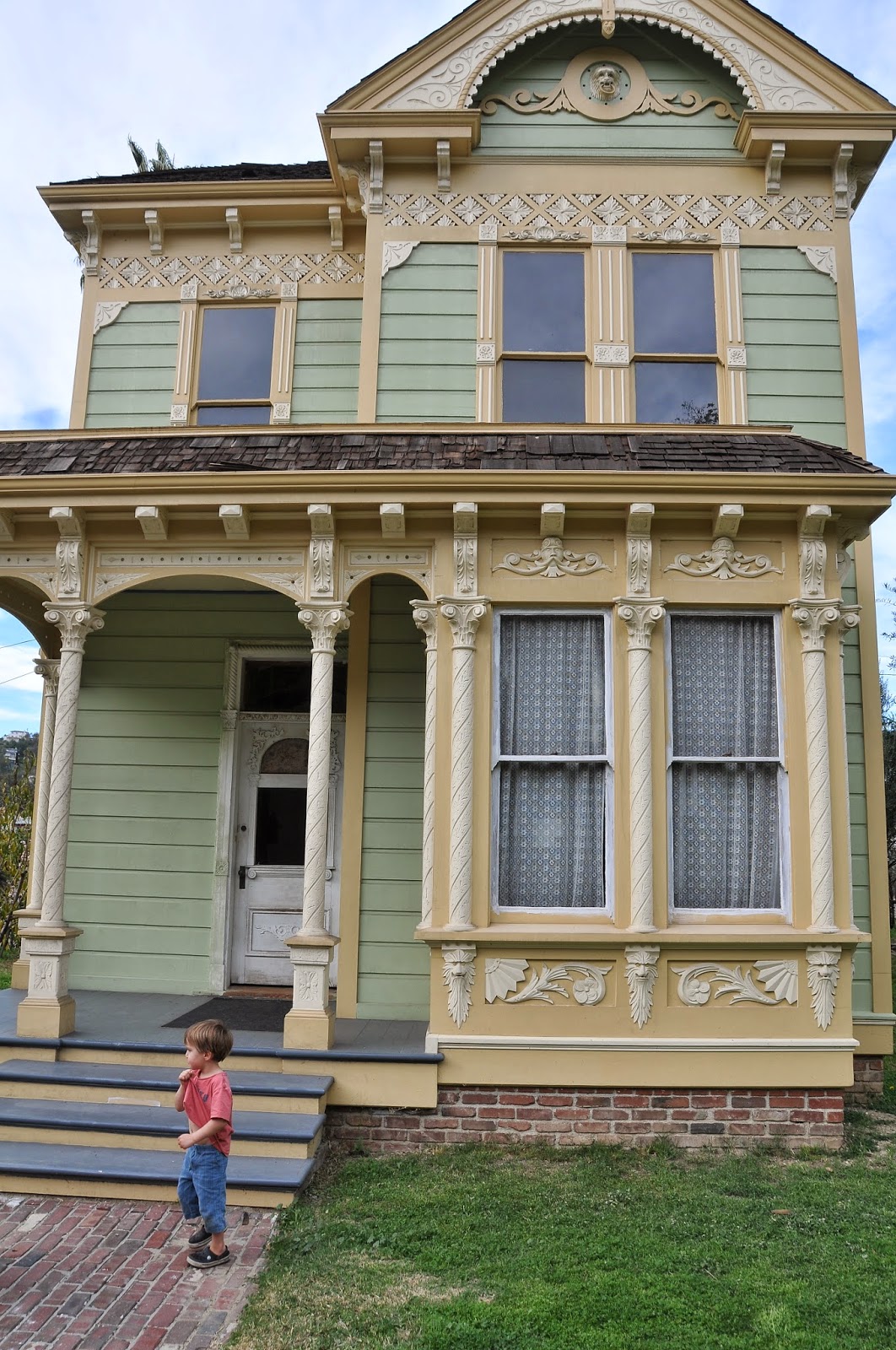 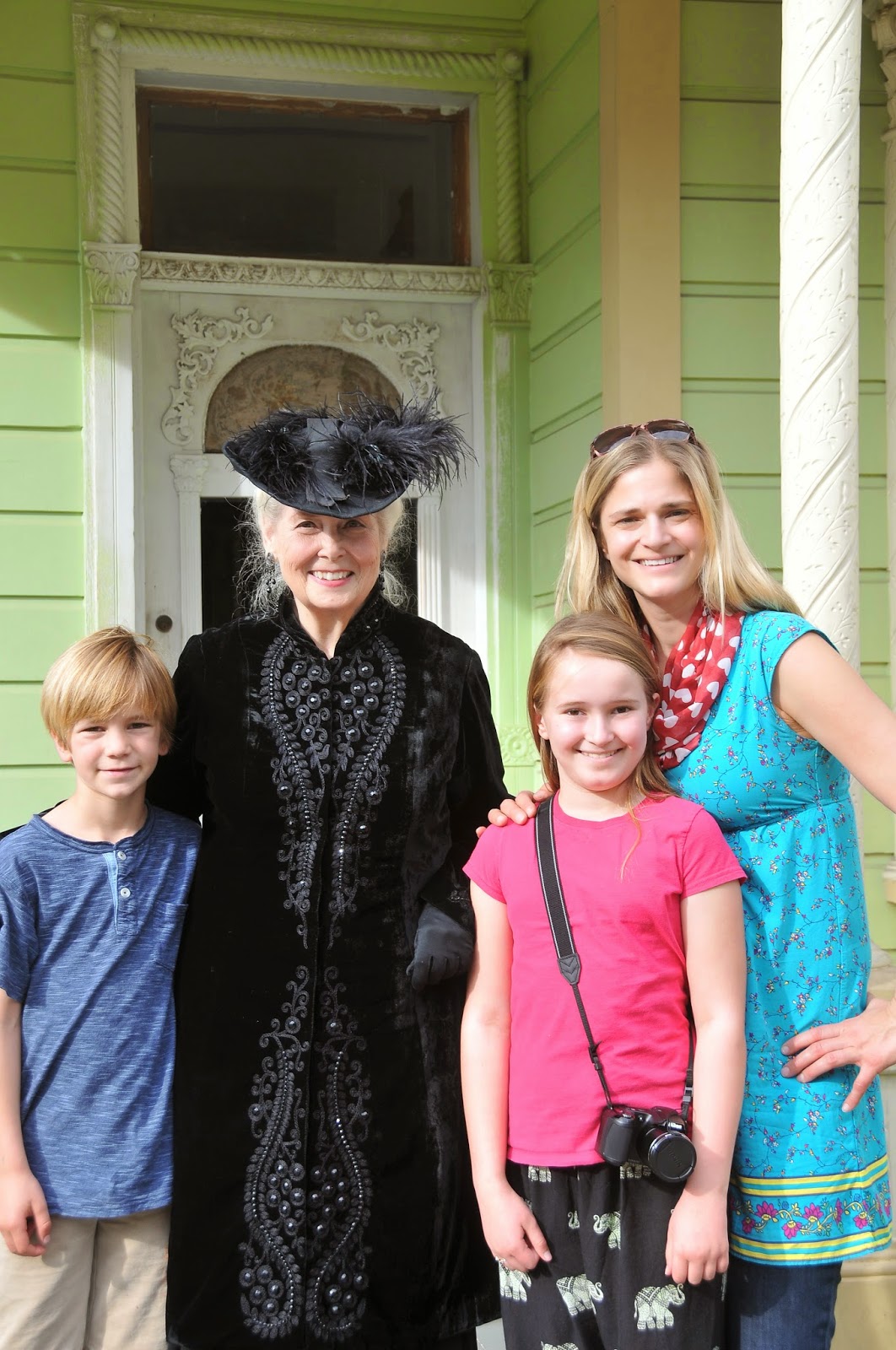 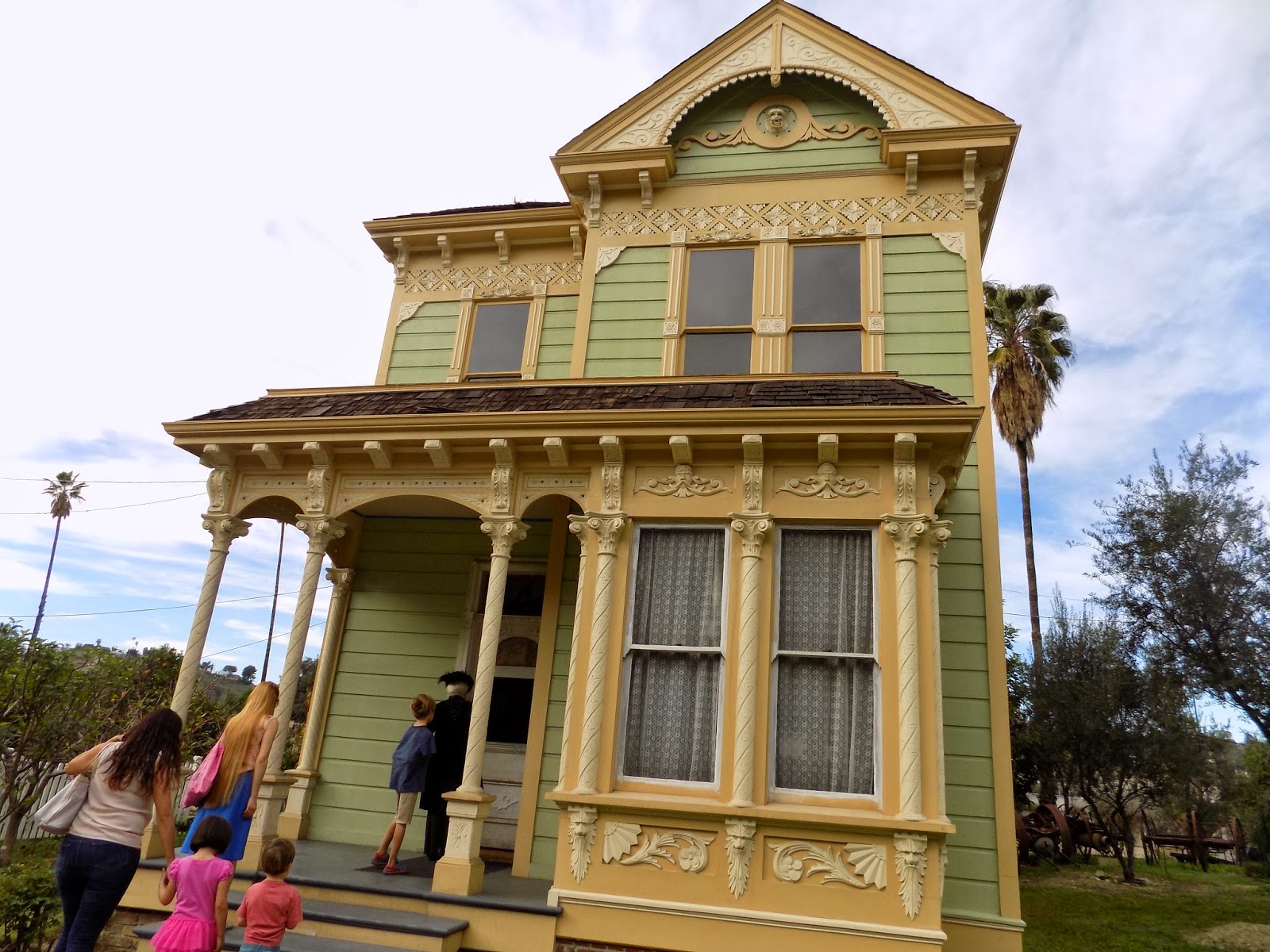 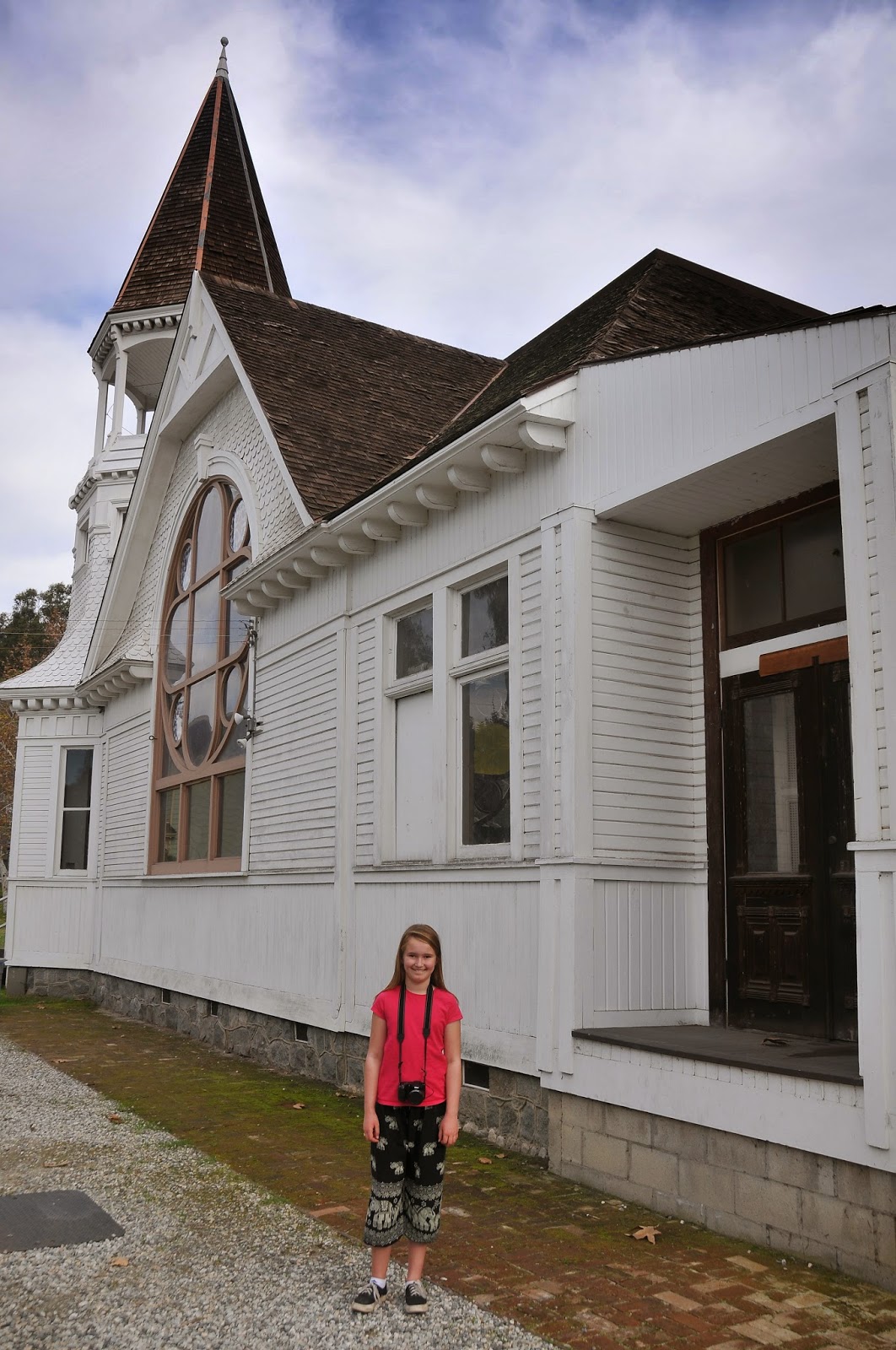 It was quite bizarre. To drive to the museum we traveled through a little neighborhood to the end of the street. Then, BAM, there were the historic houses. 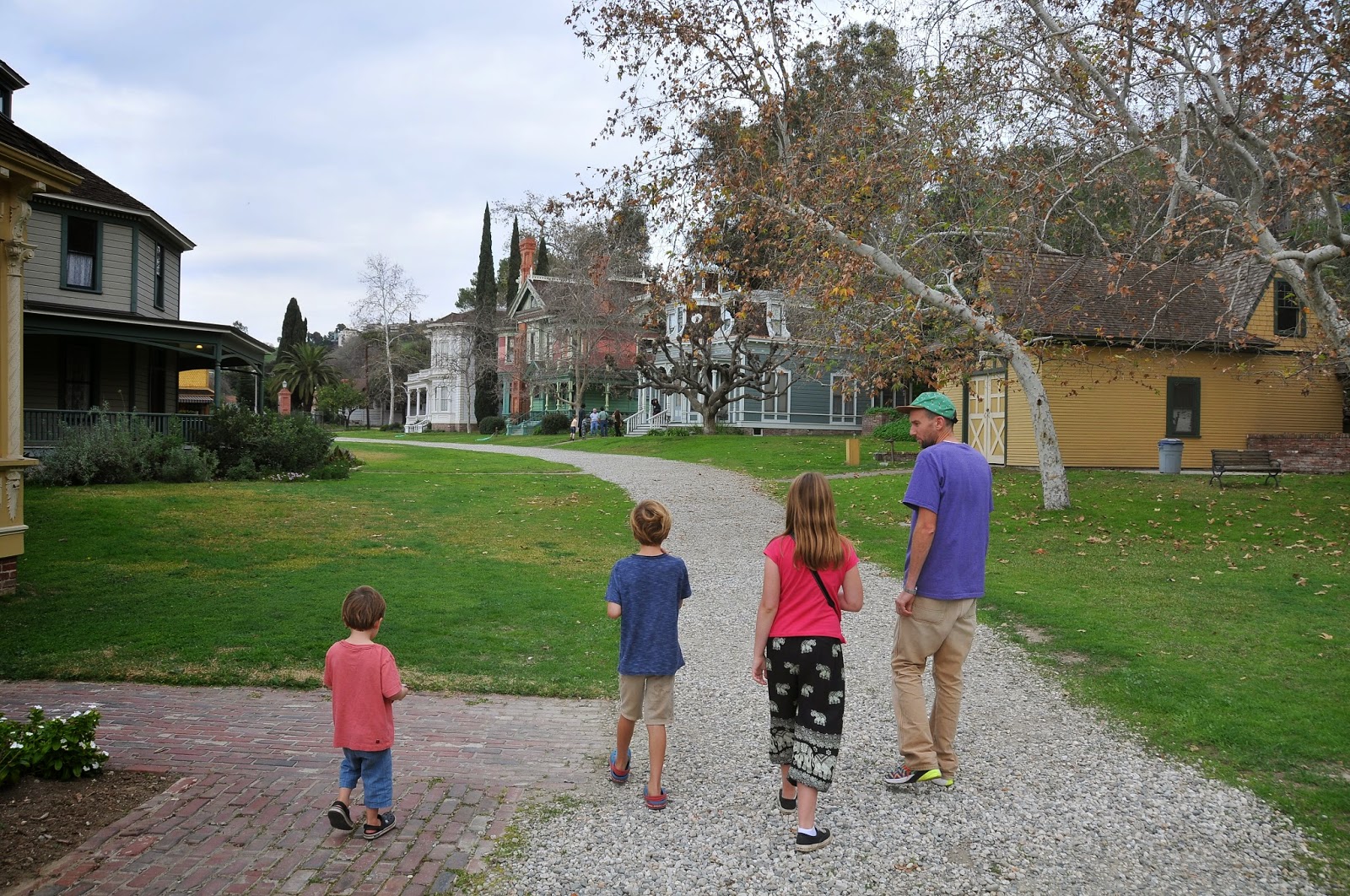 Posted by Good Times and Chaos at 1:54 PM