J's company was offered the unique chance to have a private tour of the USS Reagan, equipment that their company made is on board the ship. The Reagan was anchored in the Santa Barbara harbor last weekend. It made for an impressive sight. With all of our kiddos, Vera lucked out and got to be J's +1 for the adventure. She barely made the cut-off as you had to be eight for the tour. 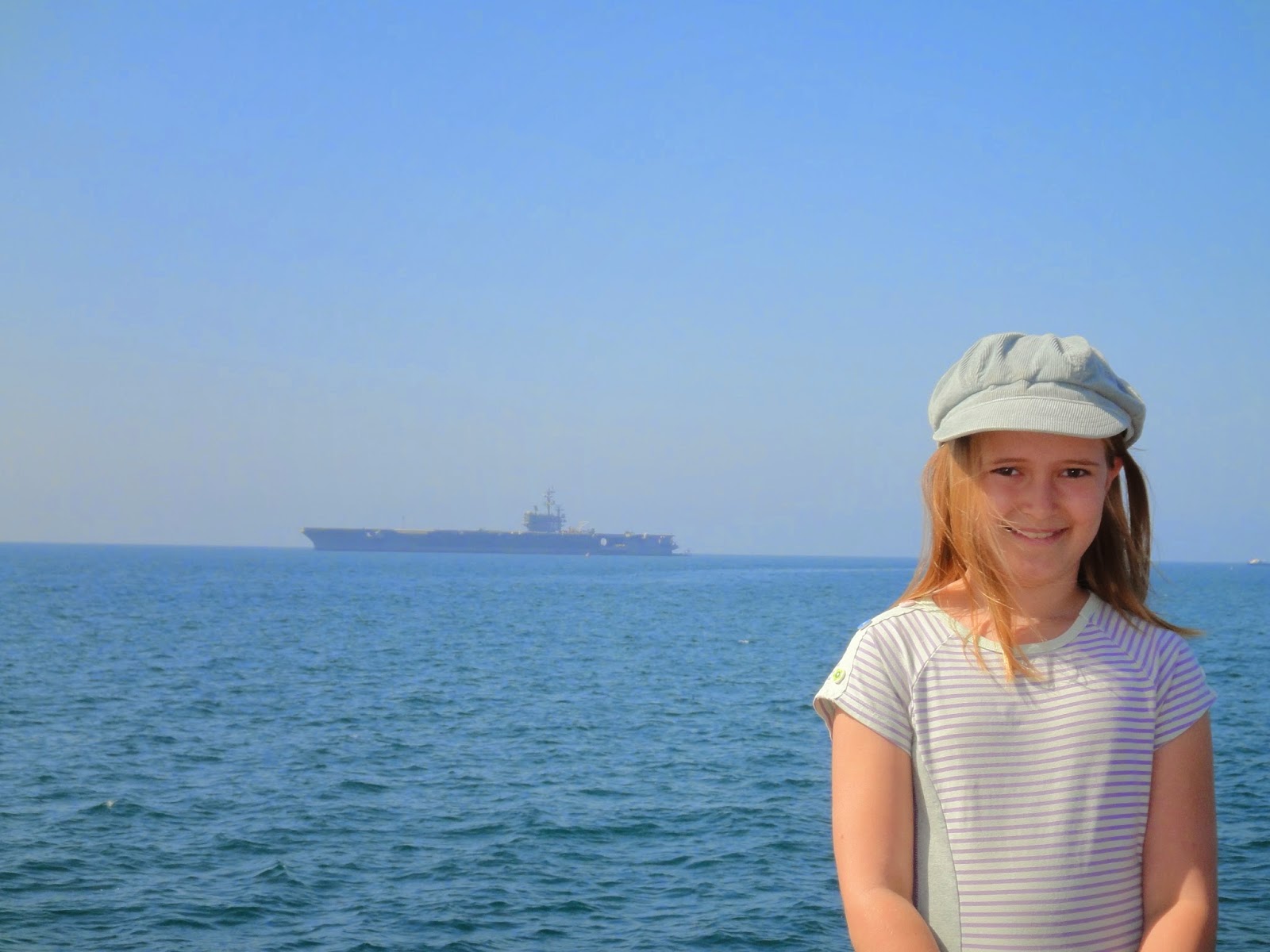 Waiting for the good times to begin! 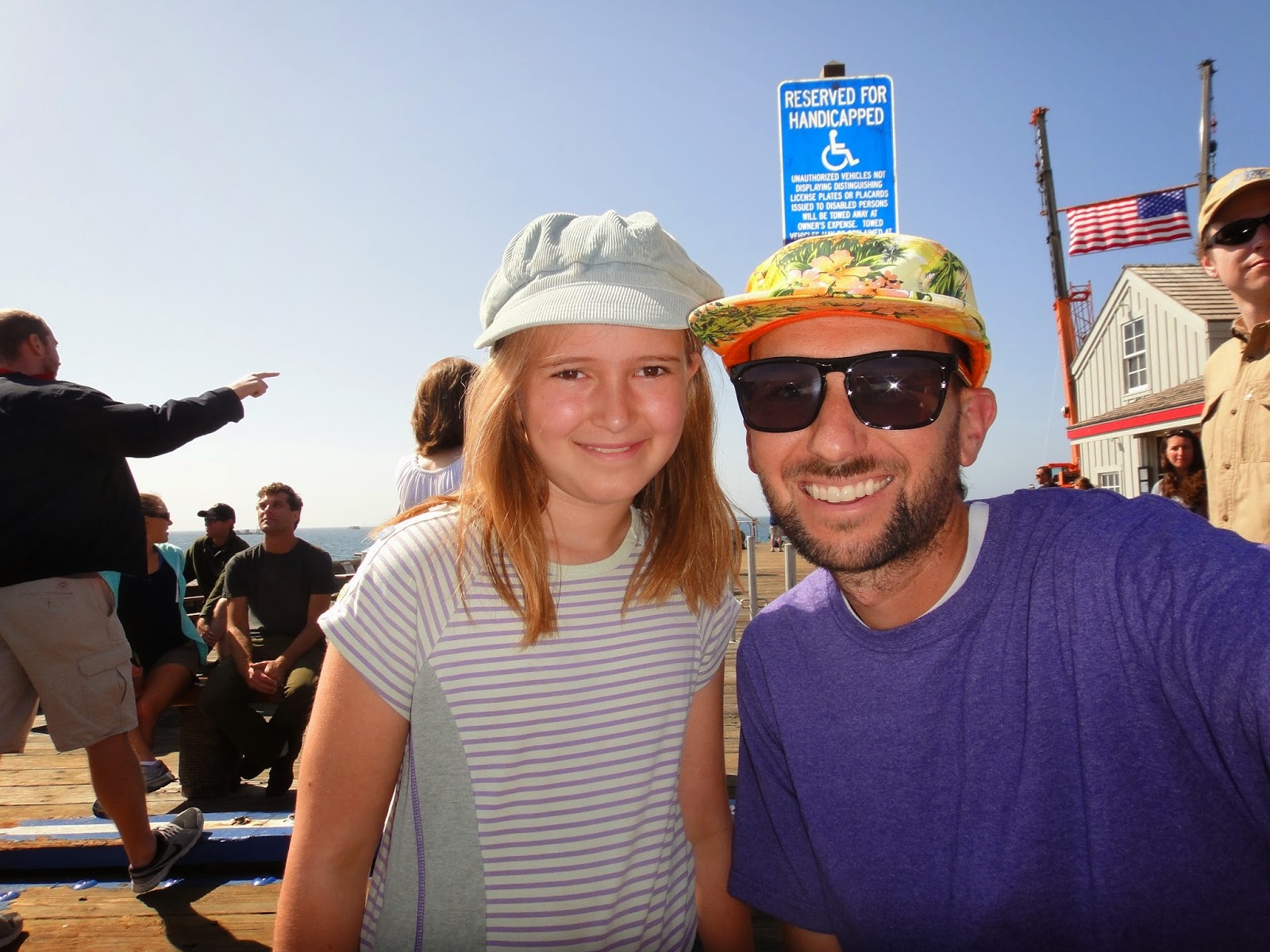 Still excited! This is the ferry that took them to and from the Reagan. 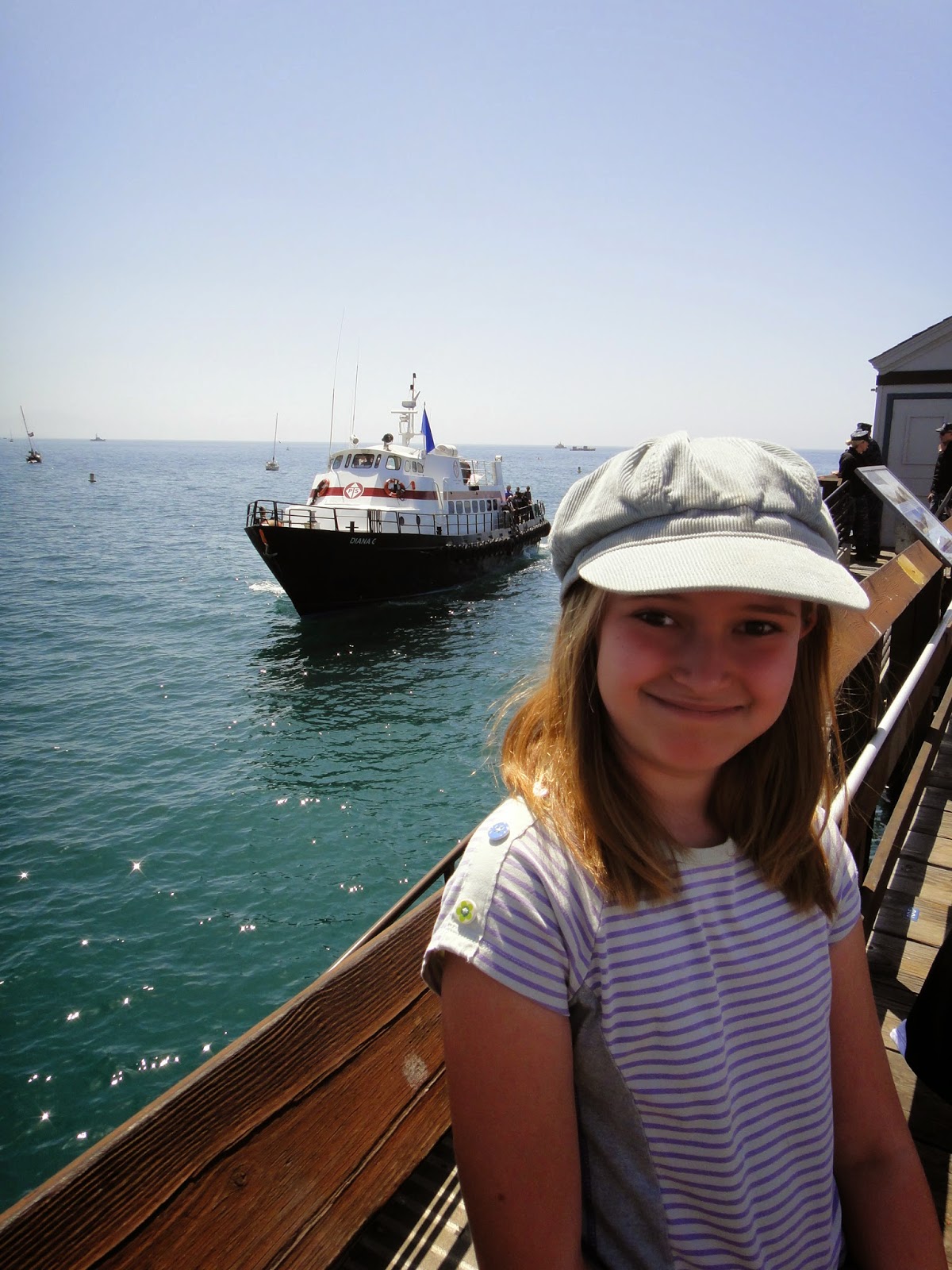 Turns out they spent an hour and half on the ferry (a ride that would normally take 10 minutes) due to docking and waiting in line with other ferries. Holy poo! J and I were texting and I just can't imagine. Our little girl didn't lose her breakfast, but I think at some points it might have been a close call. The USS Reagan is a Nimitz Class Aircraft Carrier with a length of 1092 feet. that is taller than the Eiffel Tower (1063 feet). The flight deck is the length of four football fields. Crazy!

From the ferry they boarded a barge connected to the ship. Vera was doted on by all the sailors and had plenty of hands to help navigate her way across. 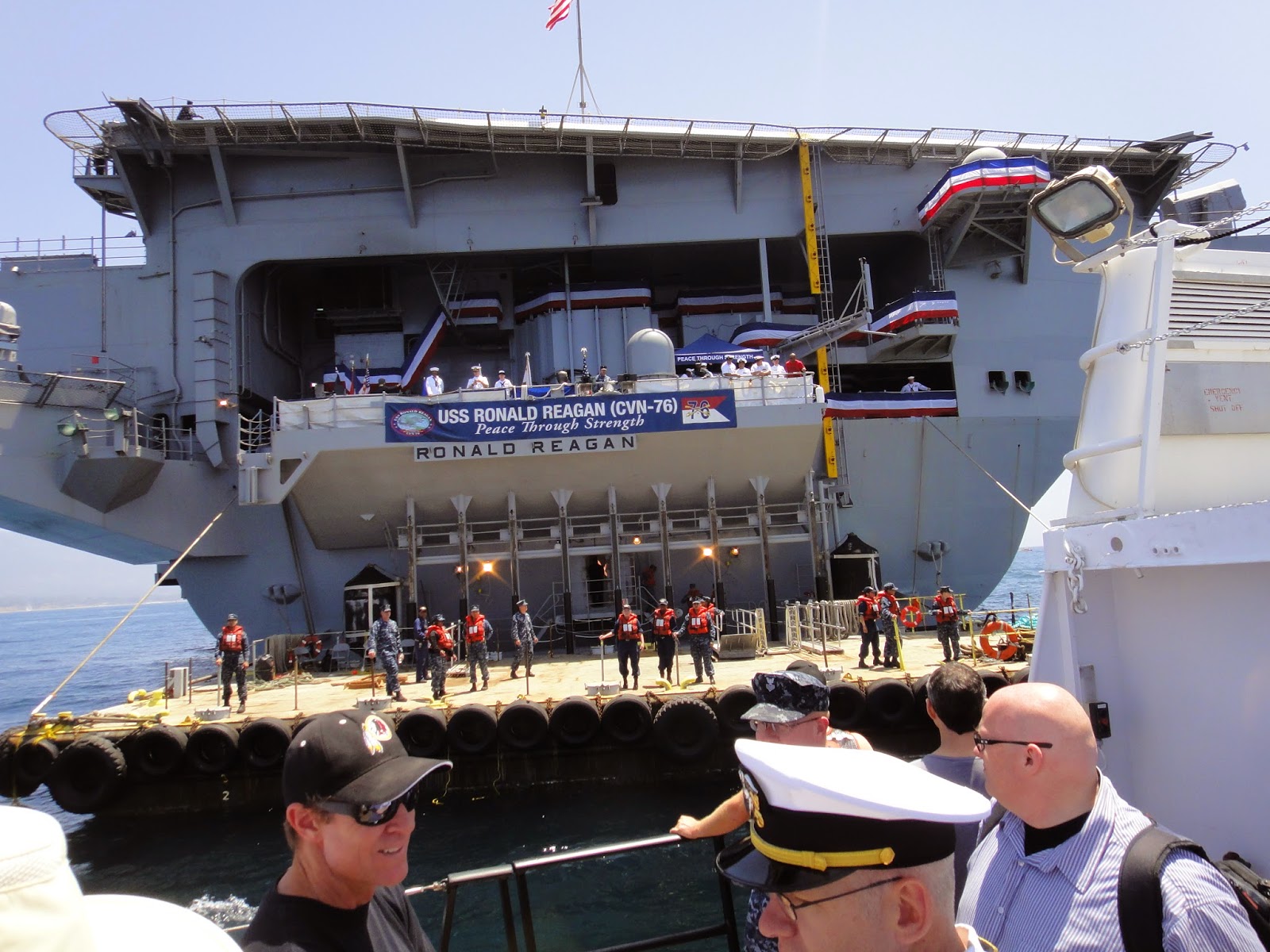 Finally! They were both thrilled to have arrived, be off the ferry, and start their tour. 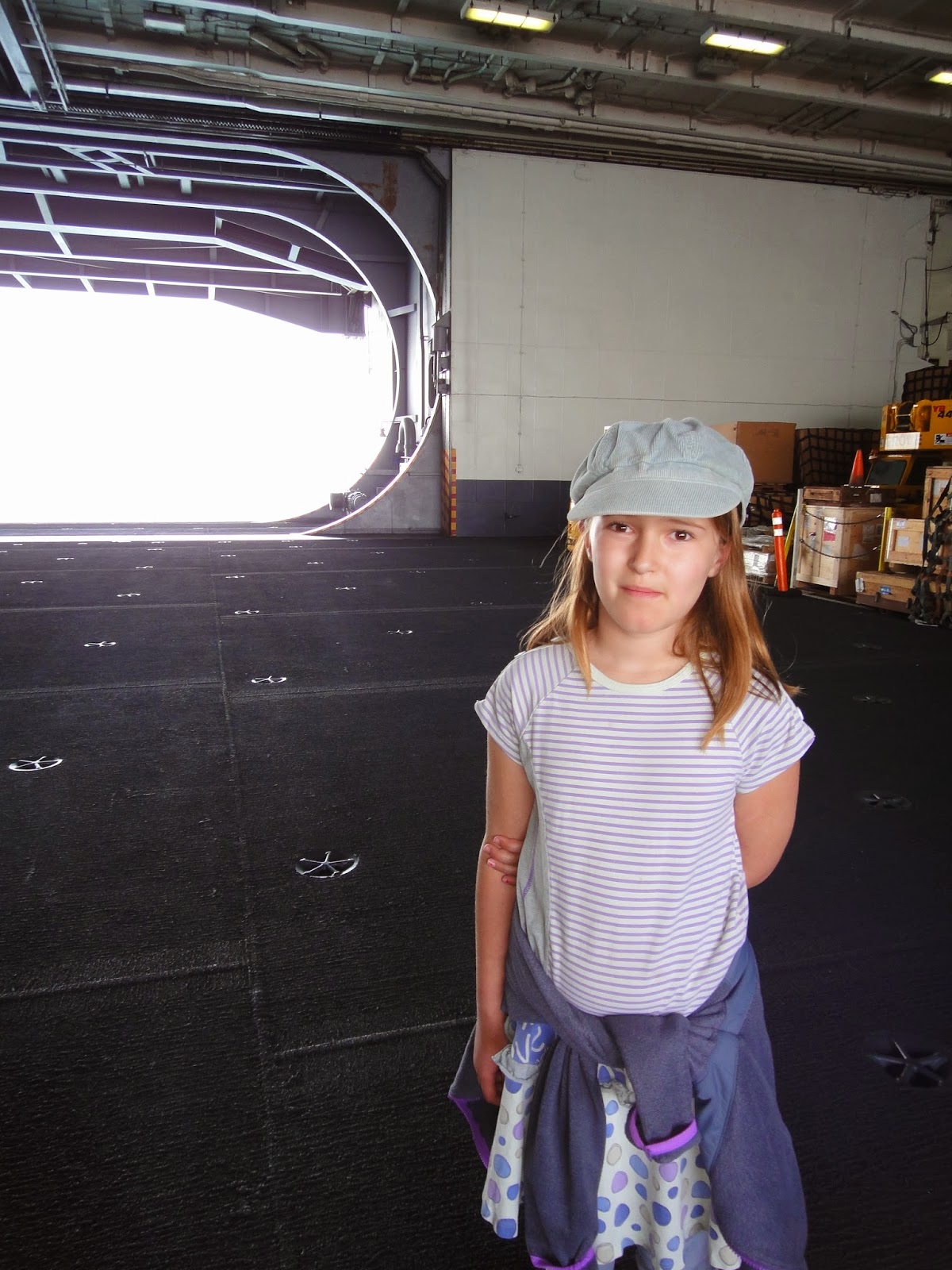 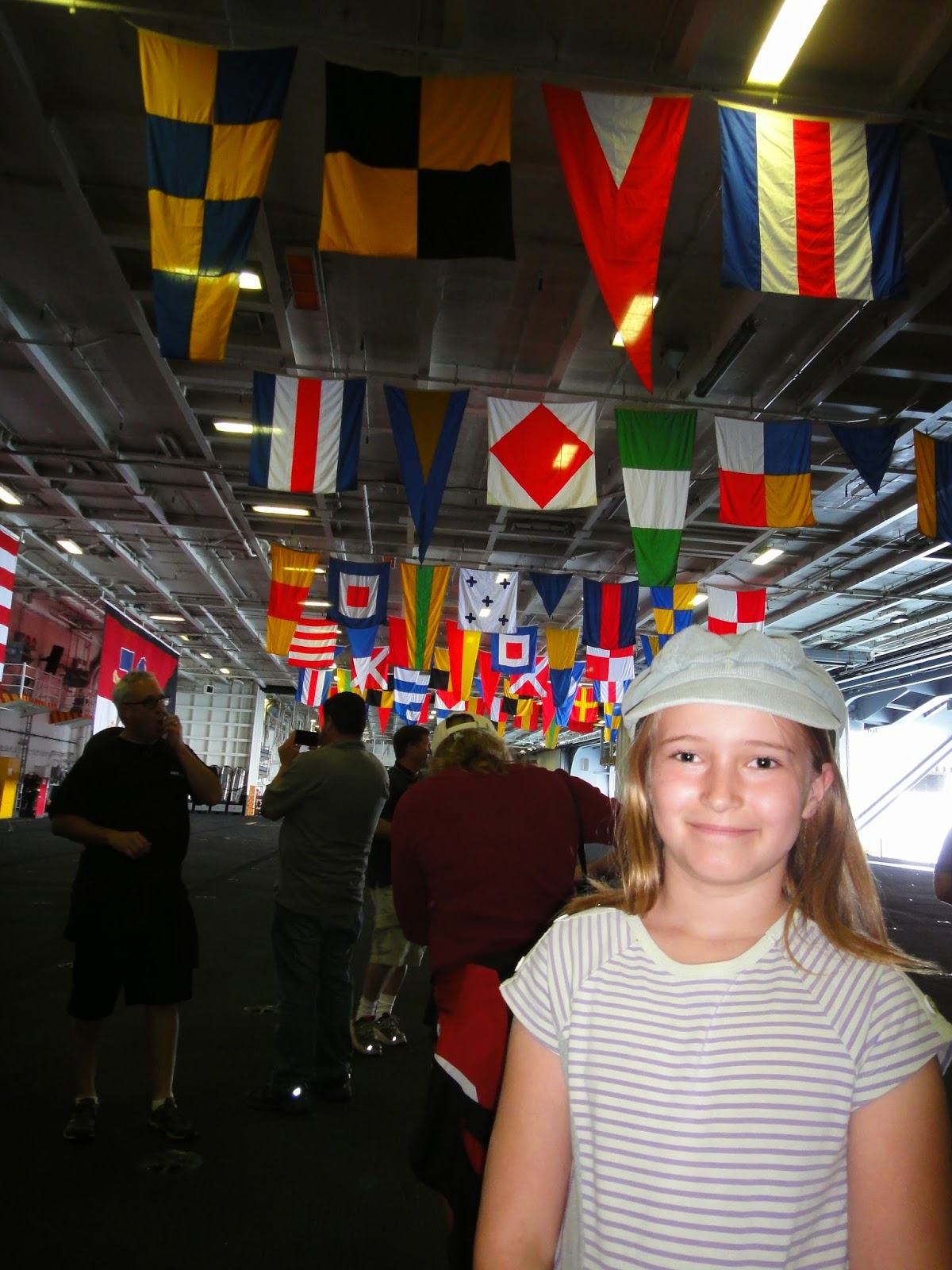 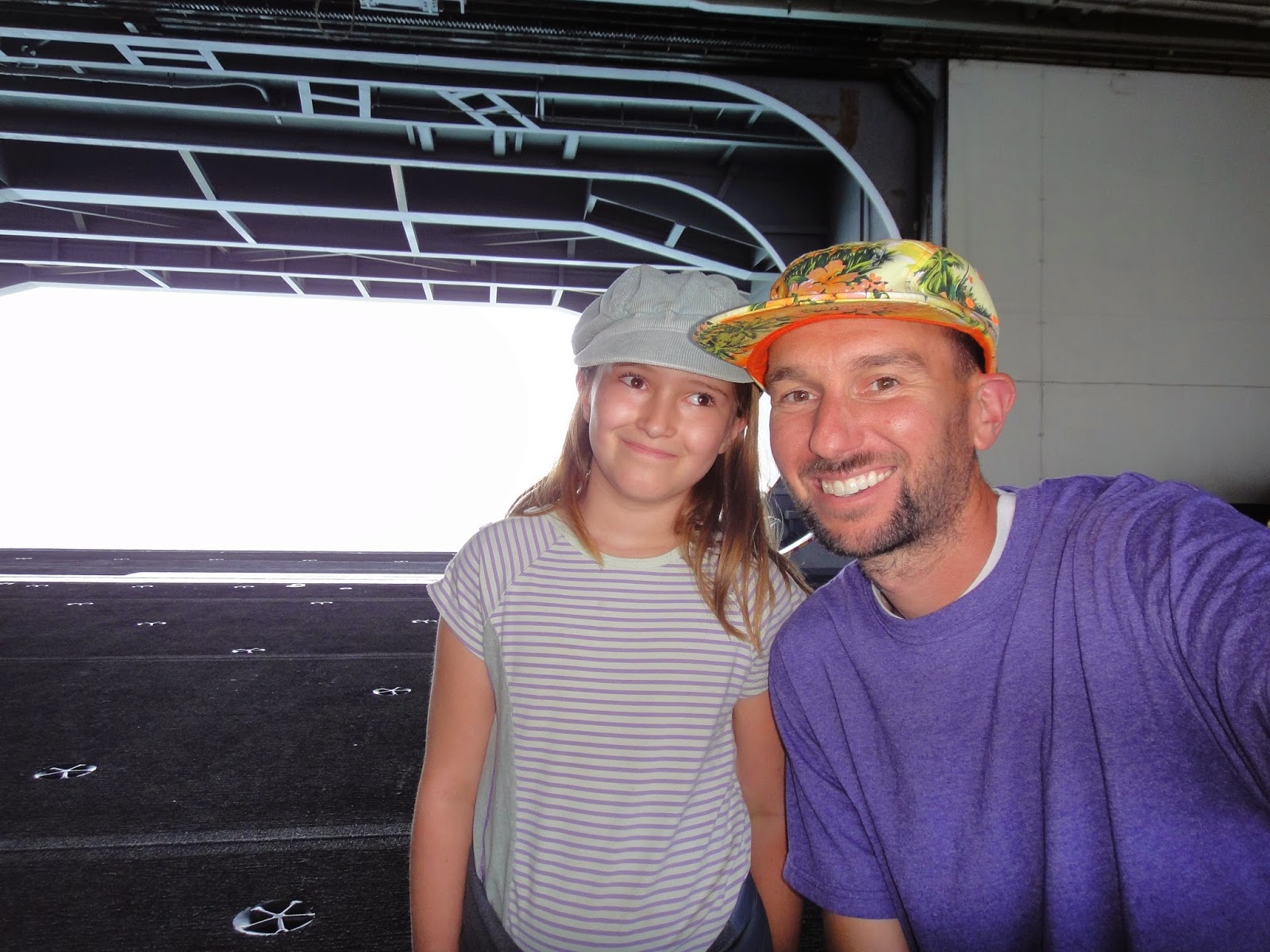 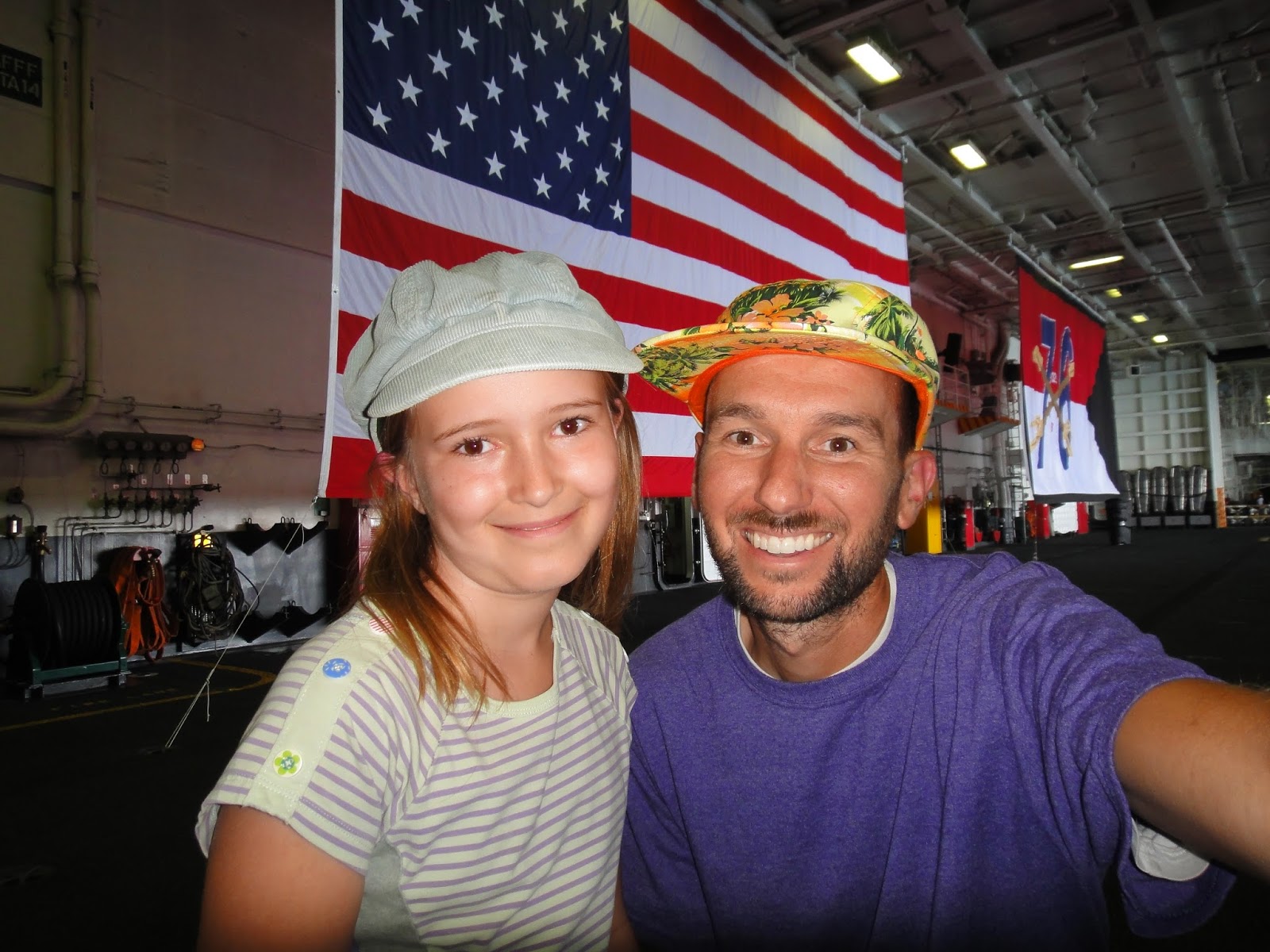 That table, it is a visual and non-electronic way to keep track of the airplanes on the flight deck.  Those airplanes are little magnets that they manually move around. If power is lost for some reason they will still know where each individual plane is located. 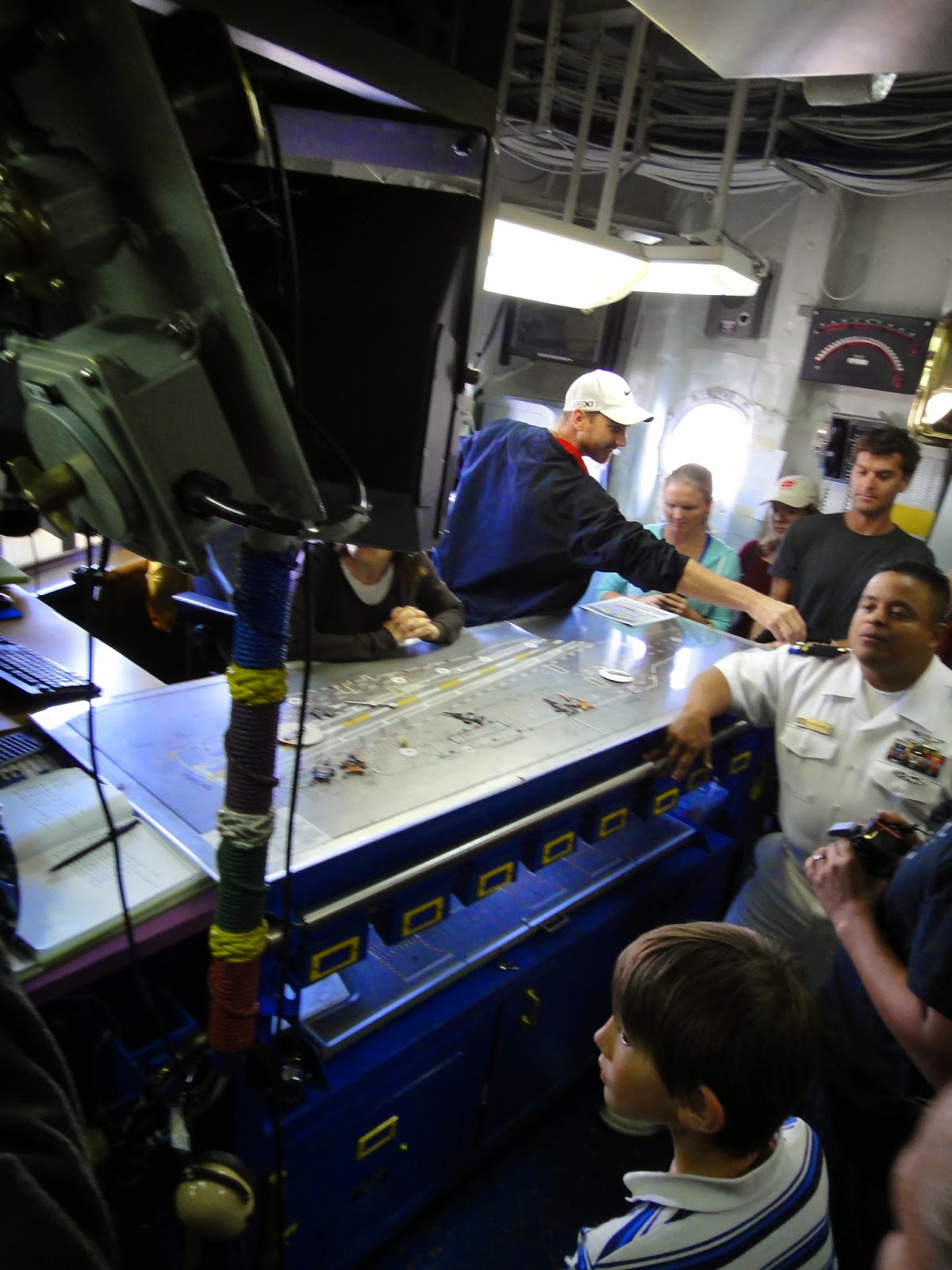 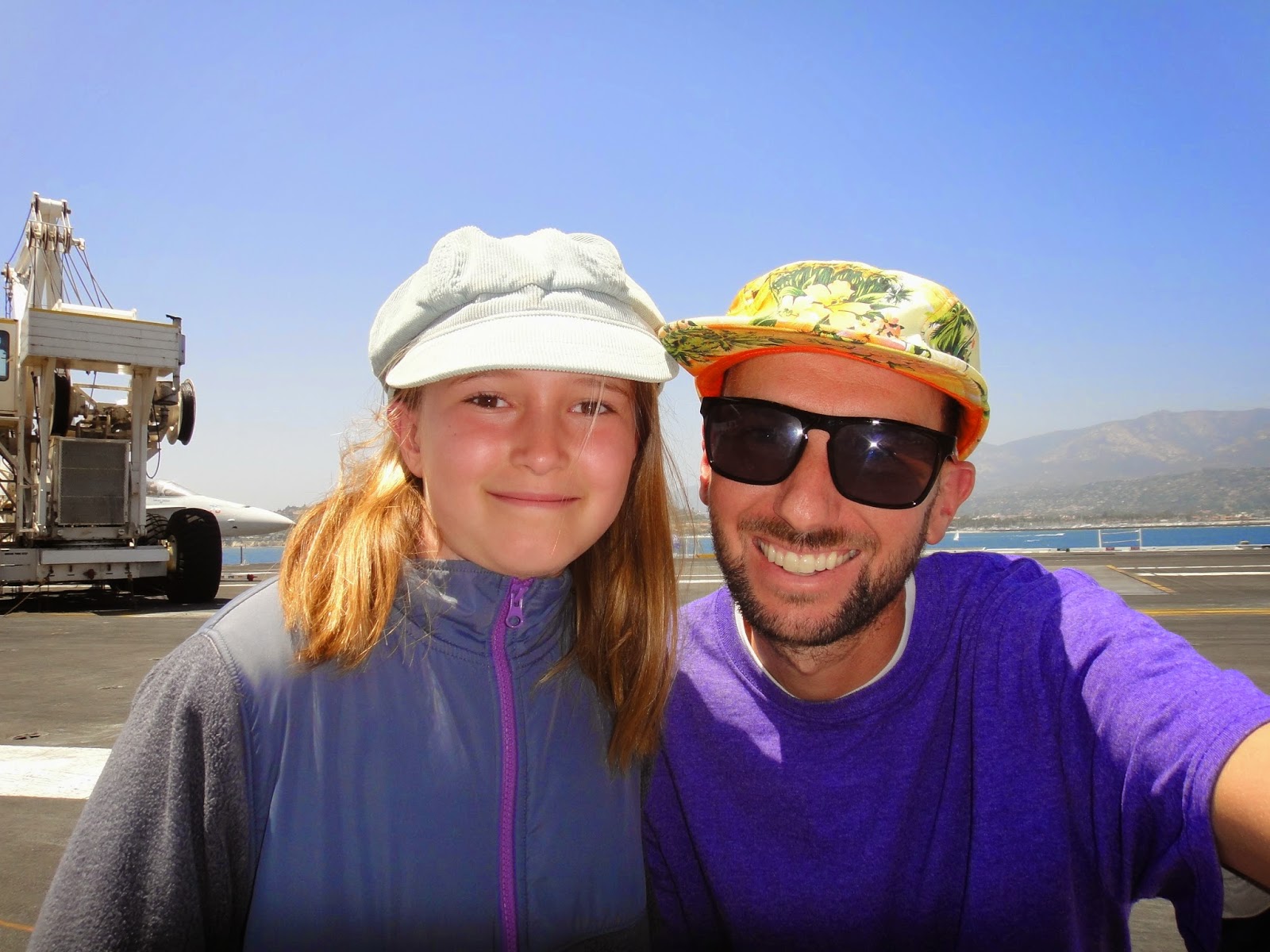 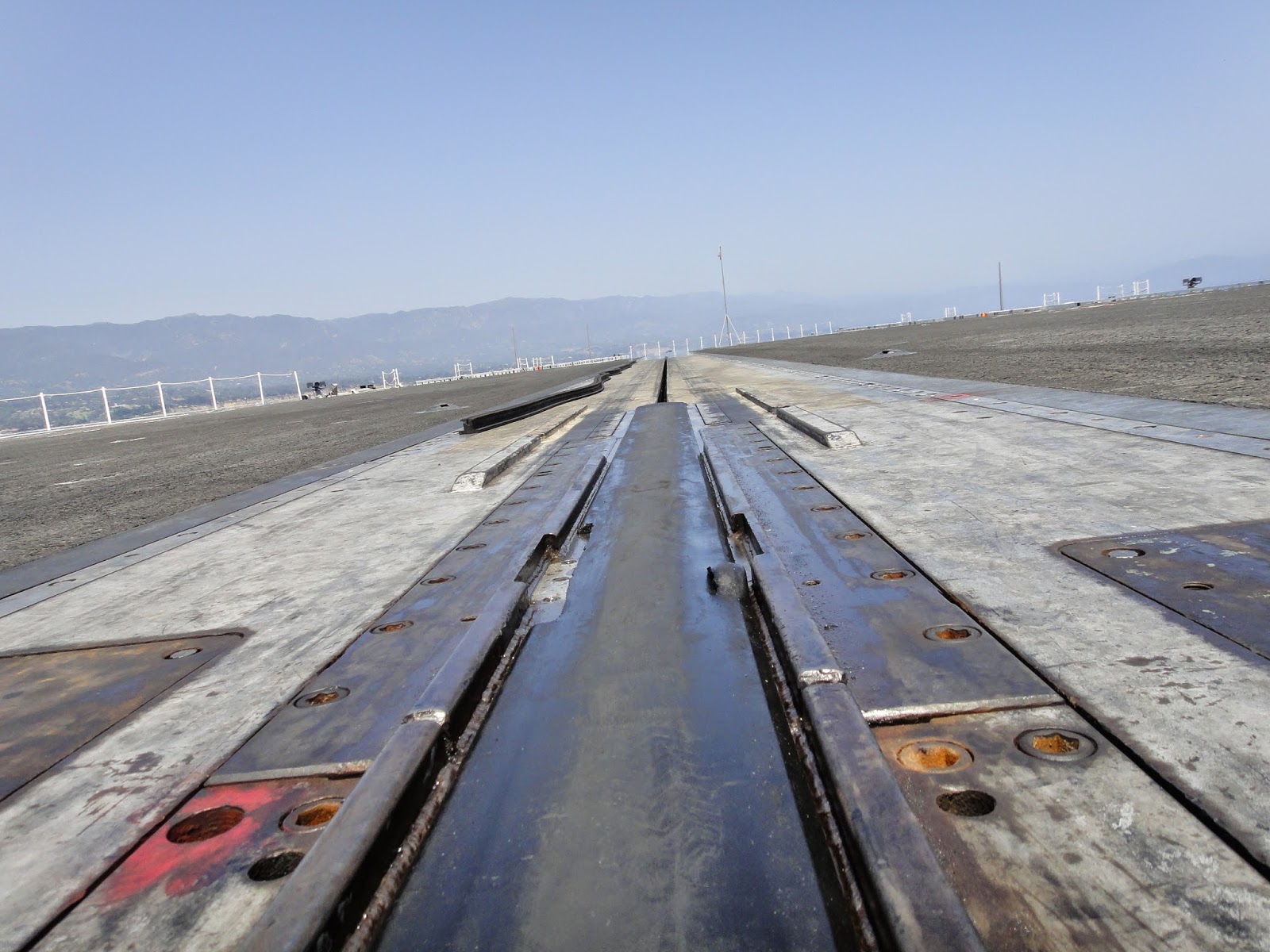 Two of my favorite pictures from their tour! 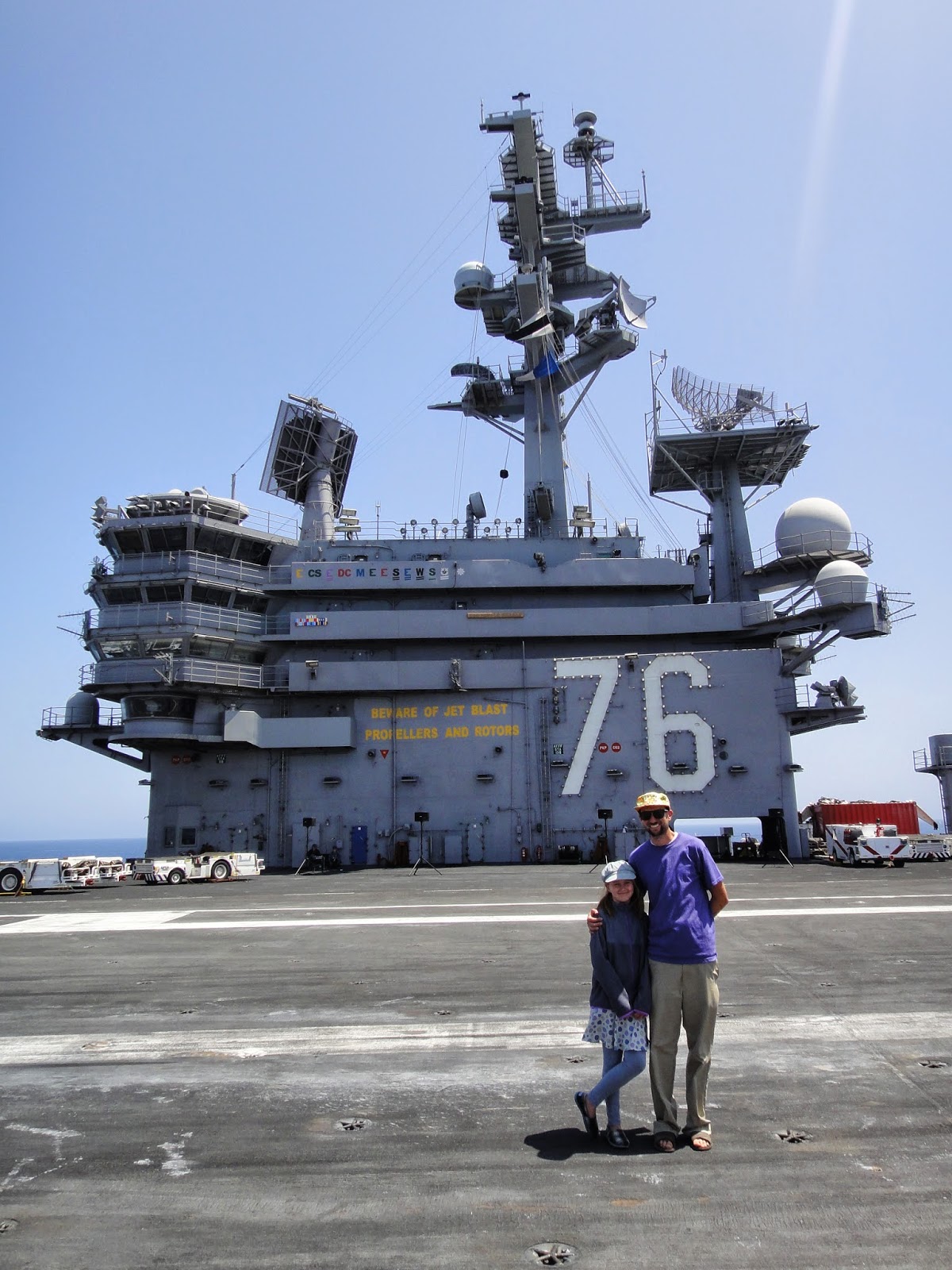 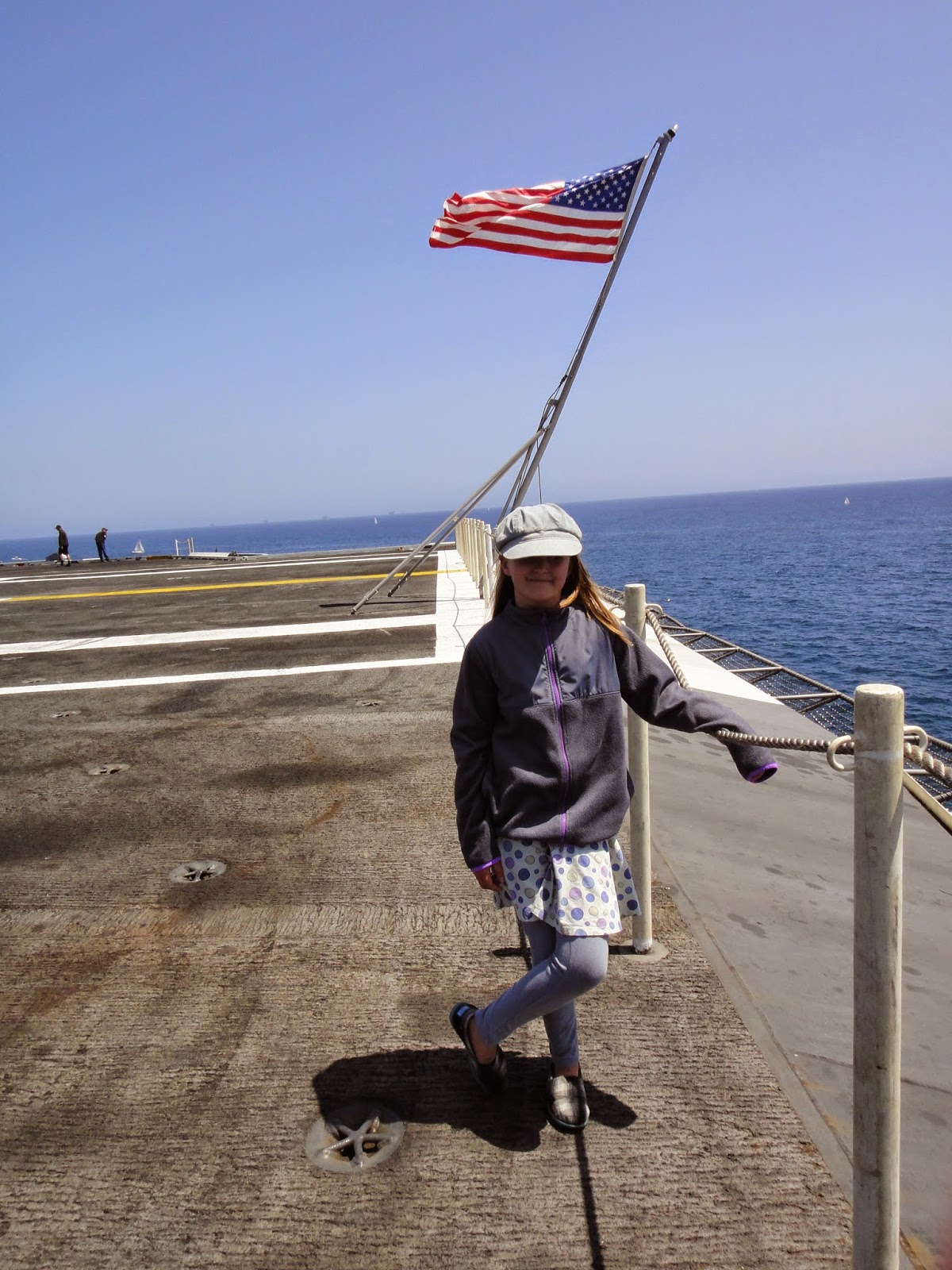 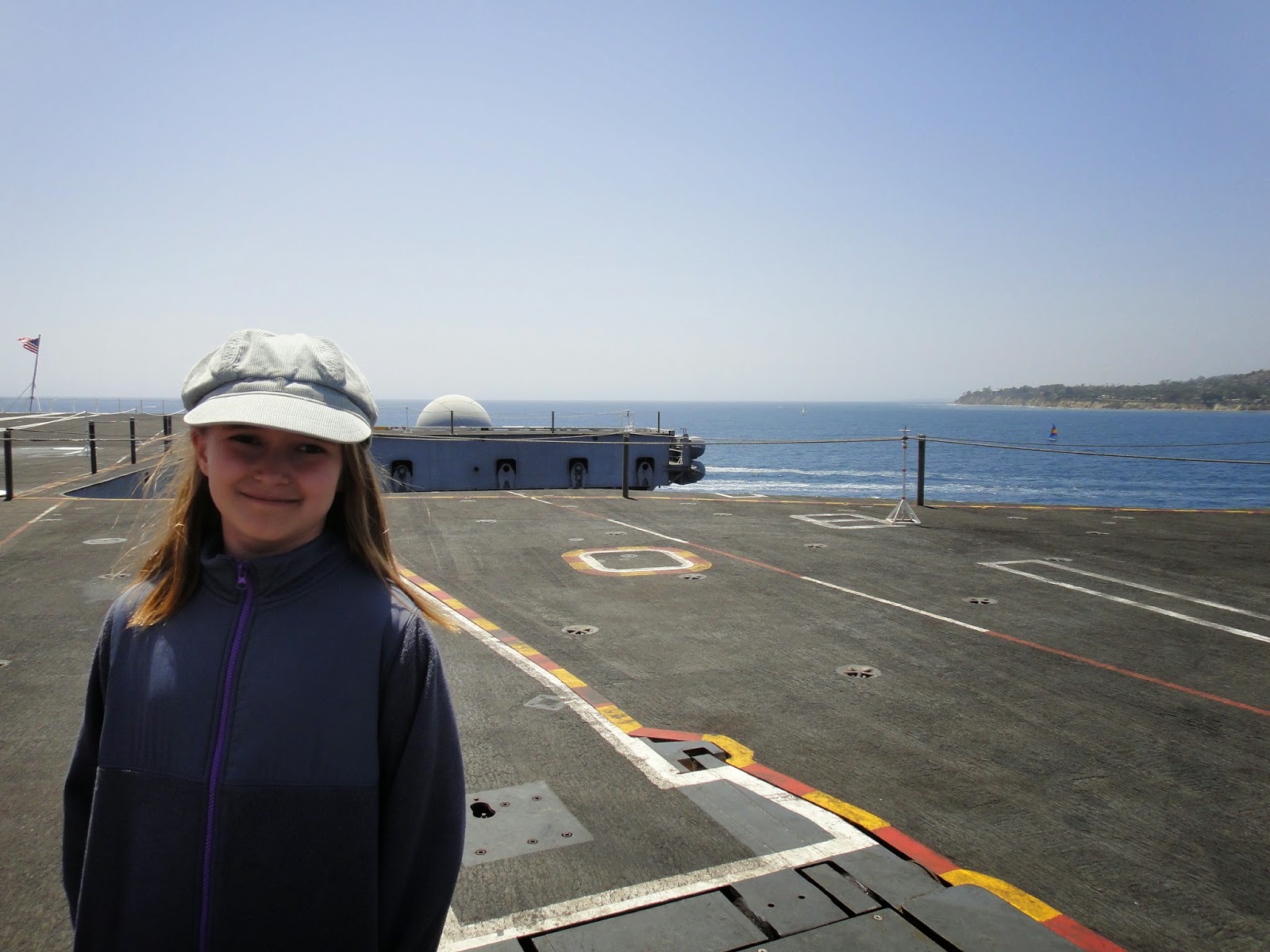 One of Vera's favorite parts was climbing into the Vulture's Nest of the ship. 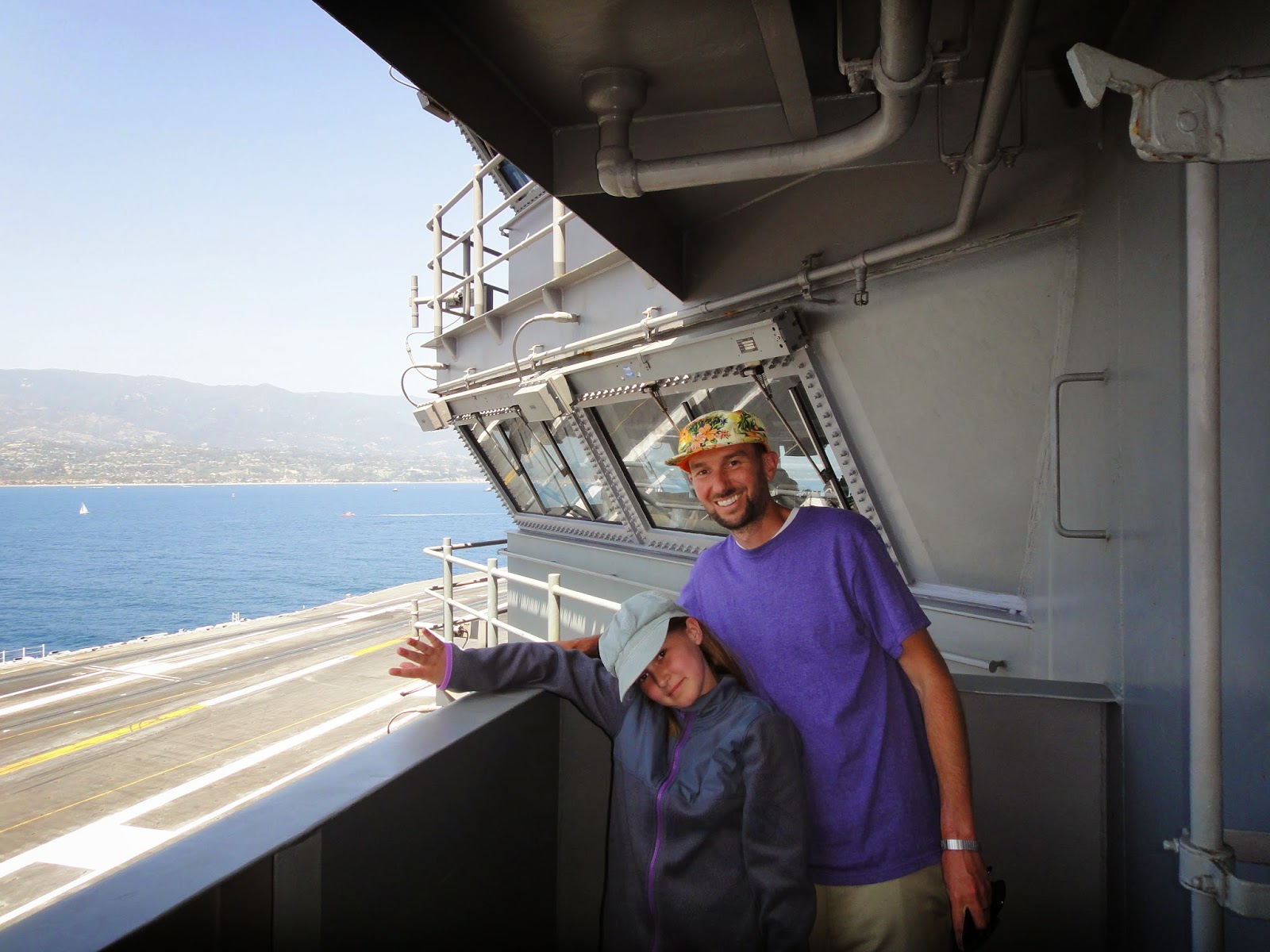 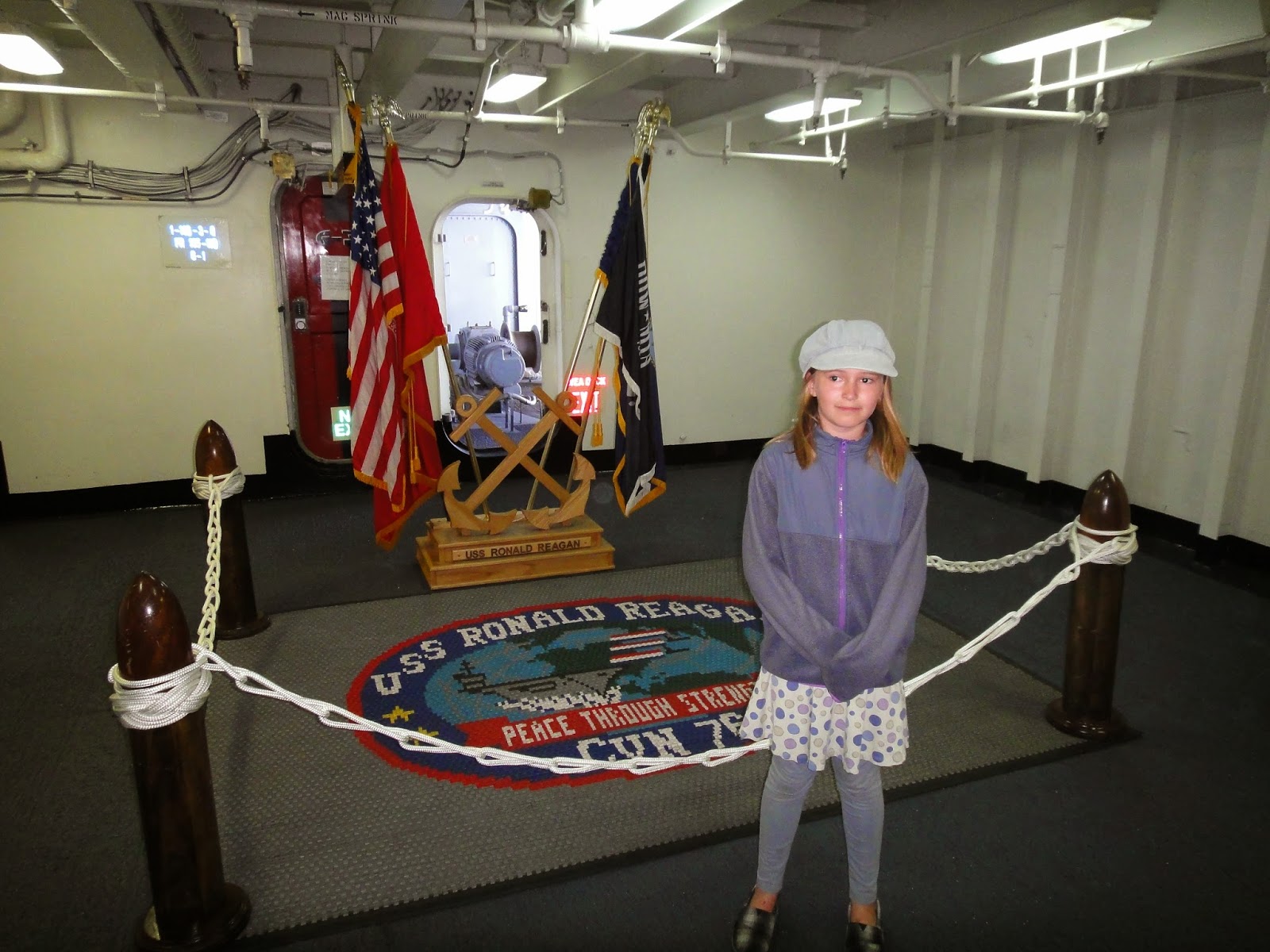 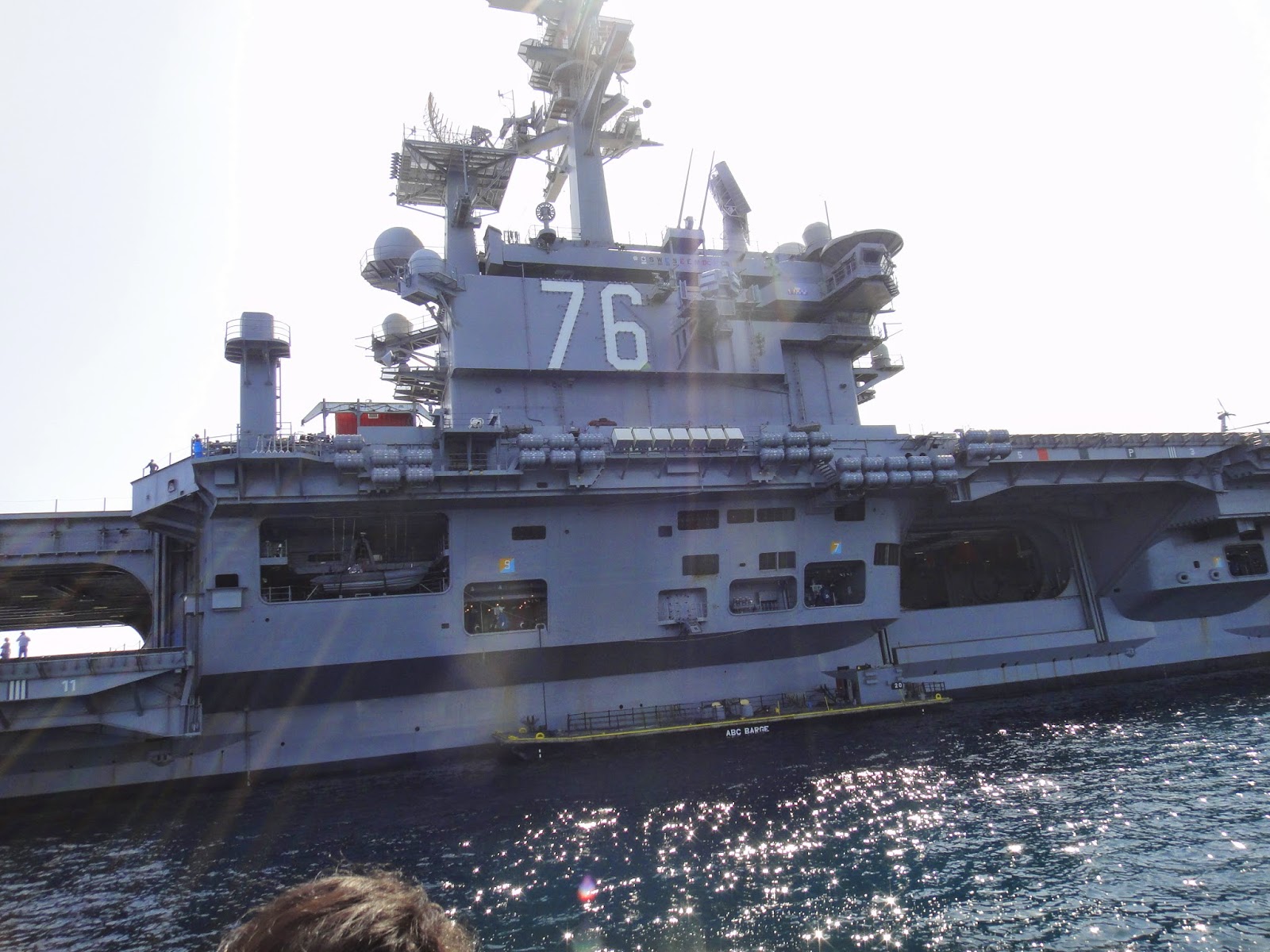 Home at last! J and Vera were gone from 10am-4pm and had an amazing time. The negative, they didn't eat while on board. Whoops! I had some hungry family members on my hands. 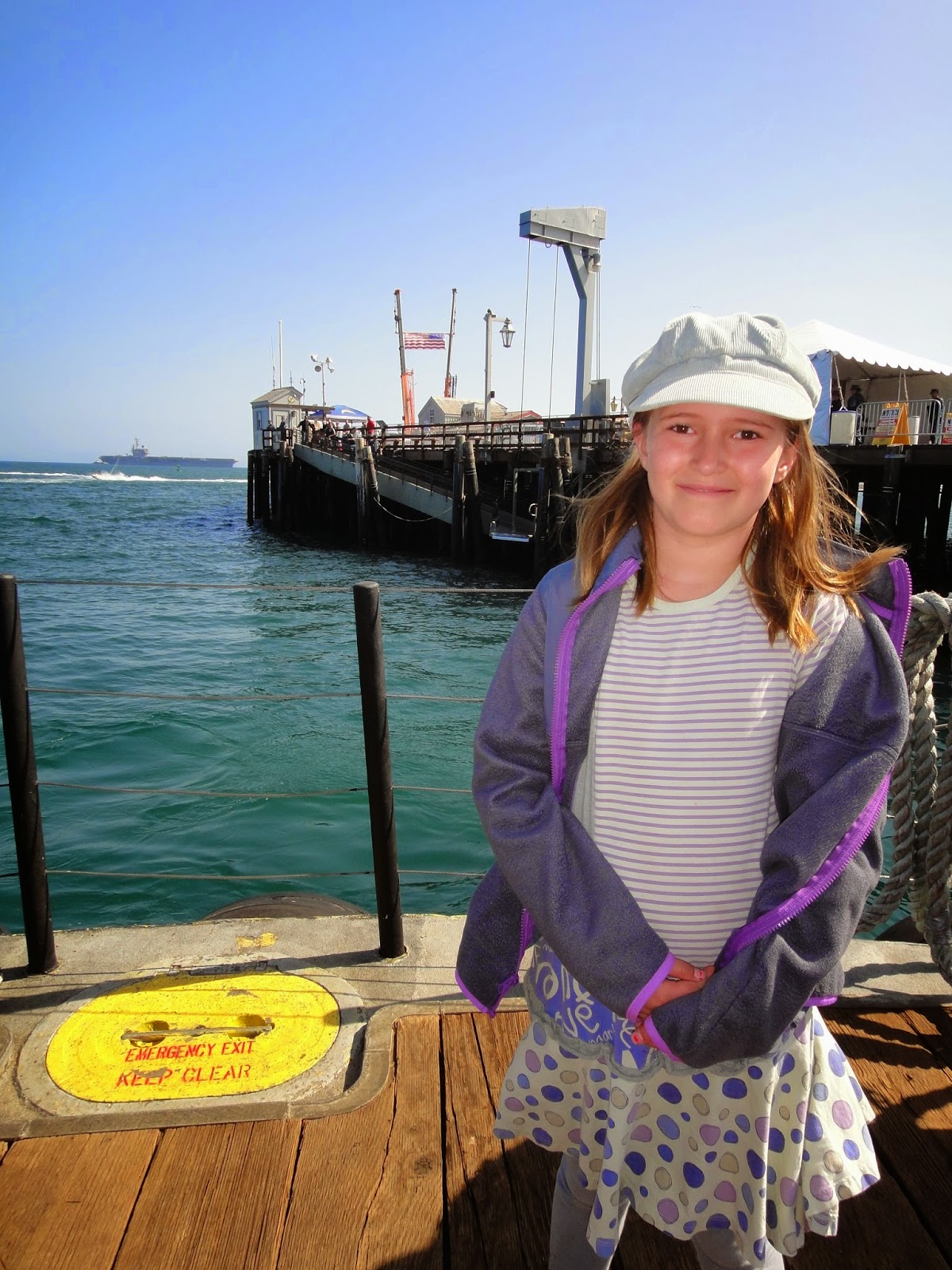 Posted by Good Times and Chaos at 7:00 AM