Being a Santa Barbara Zoo member has added benefits in the month of October. They offered a free elephant encounter to the first 10 people who signed up in the morning. Score! All kids were very, very excited! 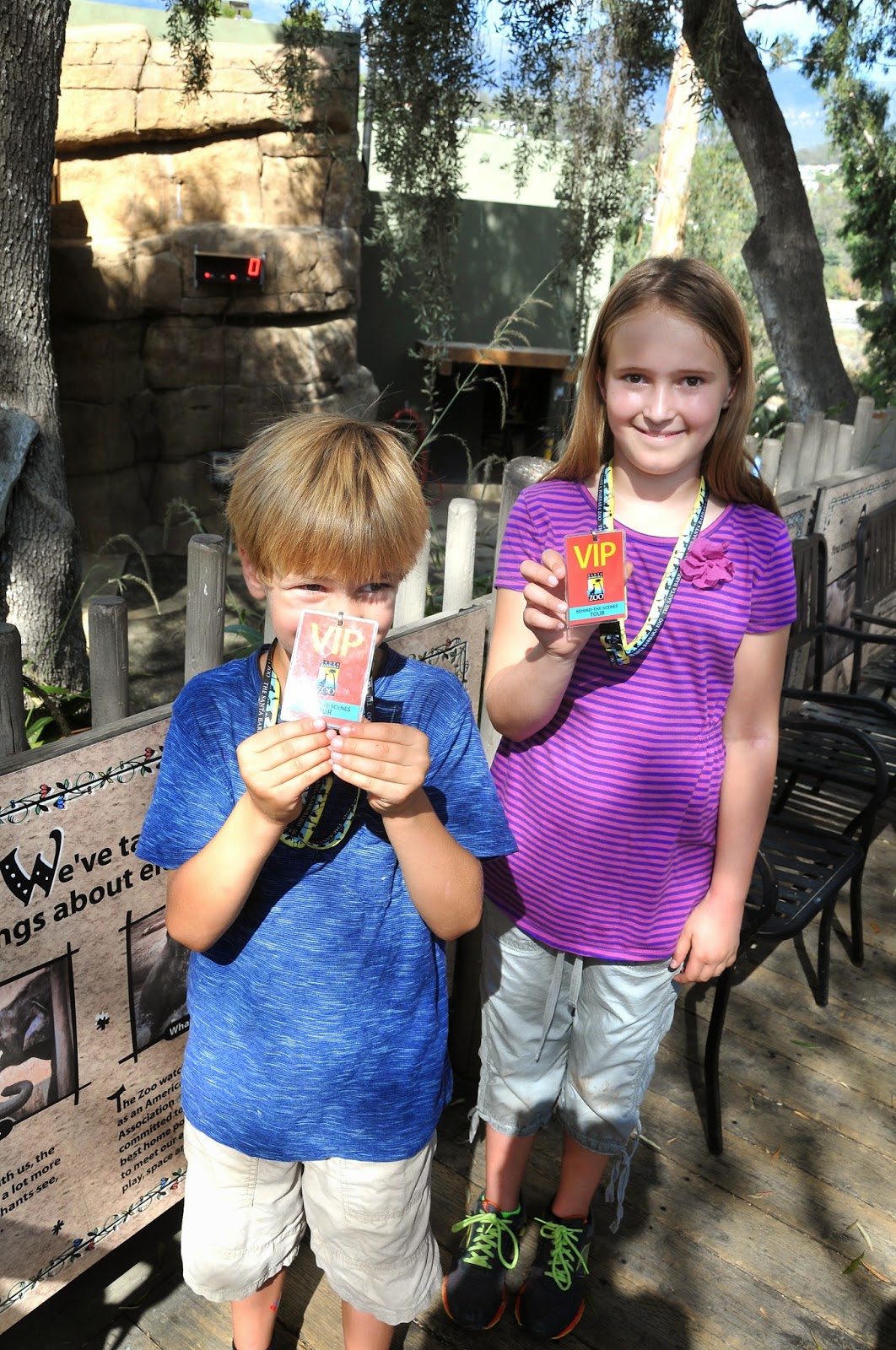 We got to wear VIP passes. 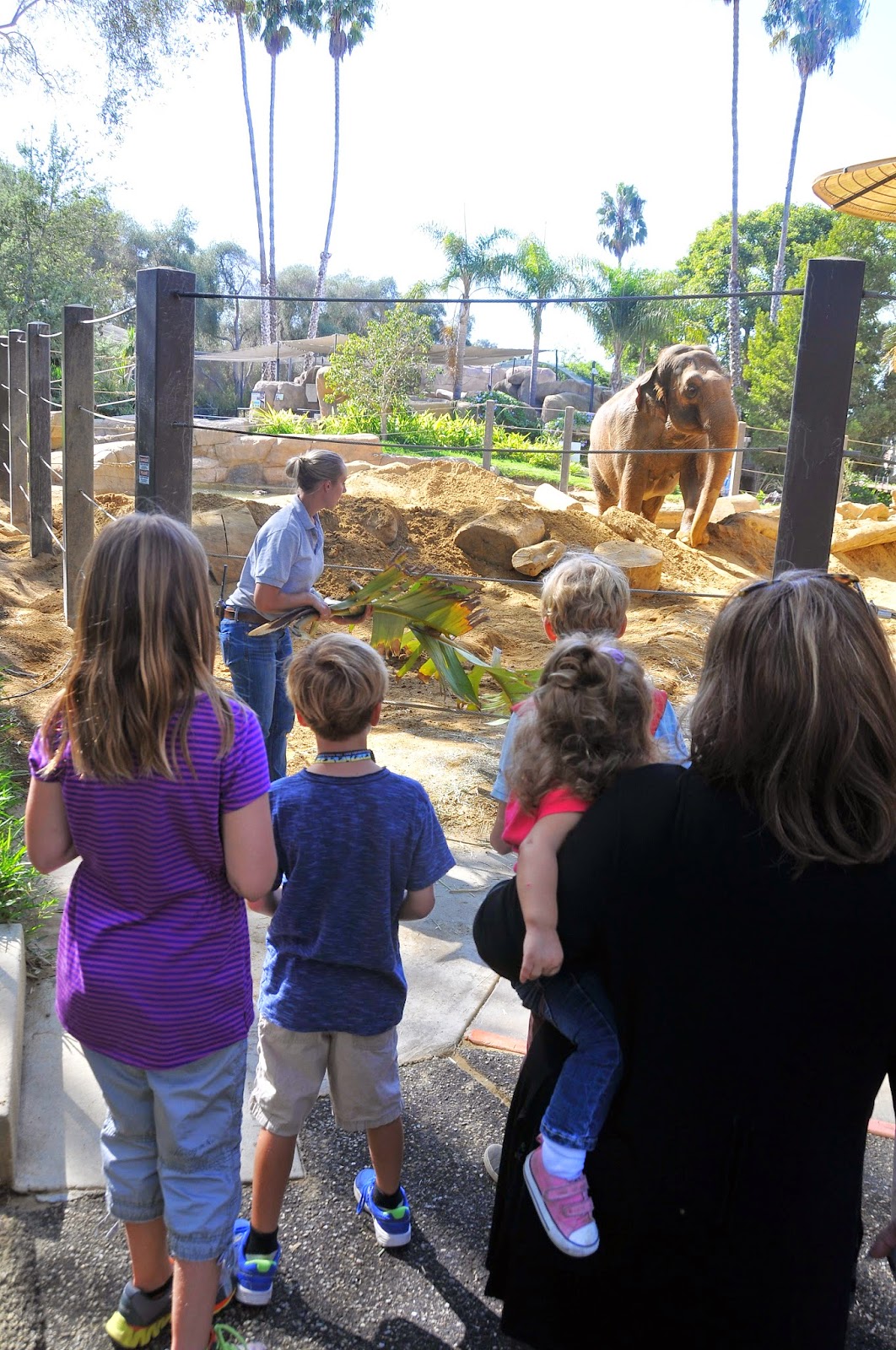 Little Mac was brought over to meet with us. She is a geriatric female elephant who is on a diet. :) 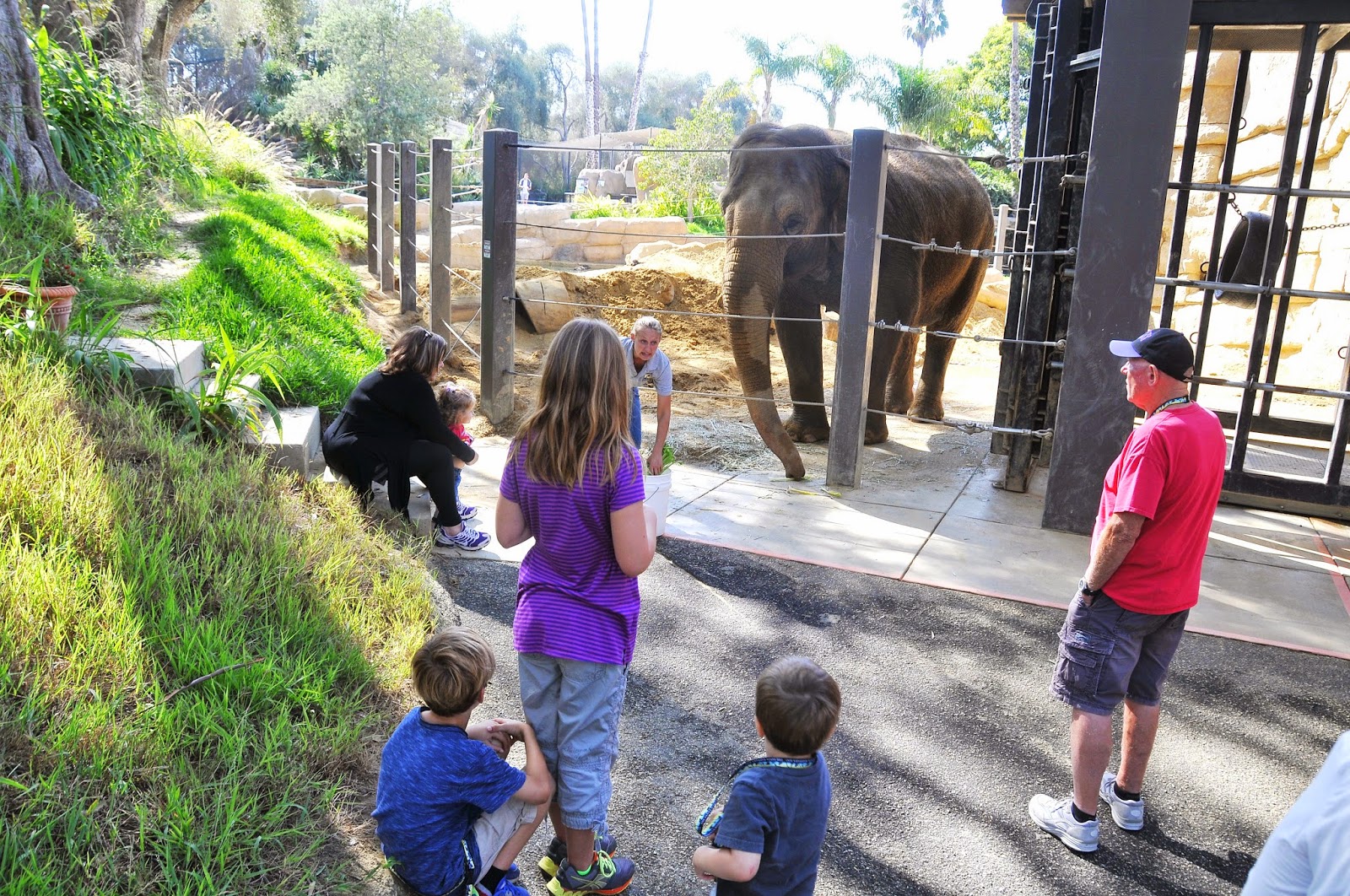 The man with the red shirt was adorable. He was probably in his late 60s and was thrilled to be at this encounter. He and his wife kept stating over and over that elephants were his favorite animals. 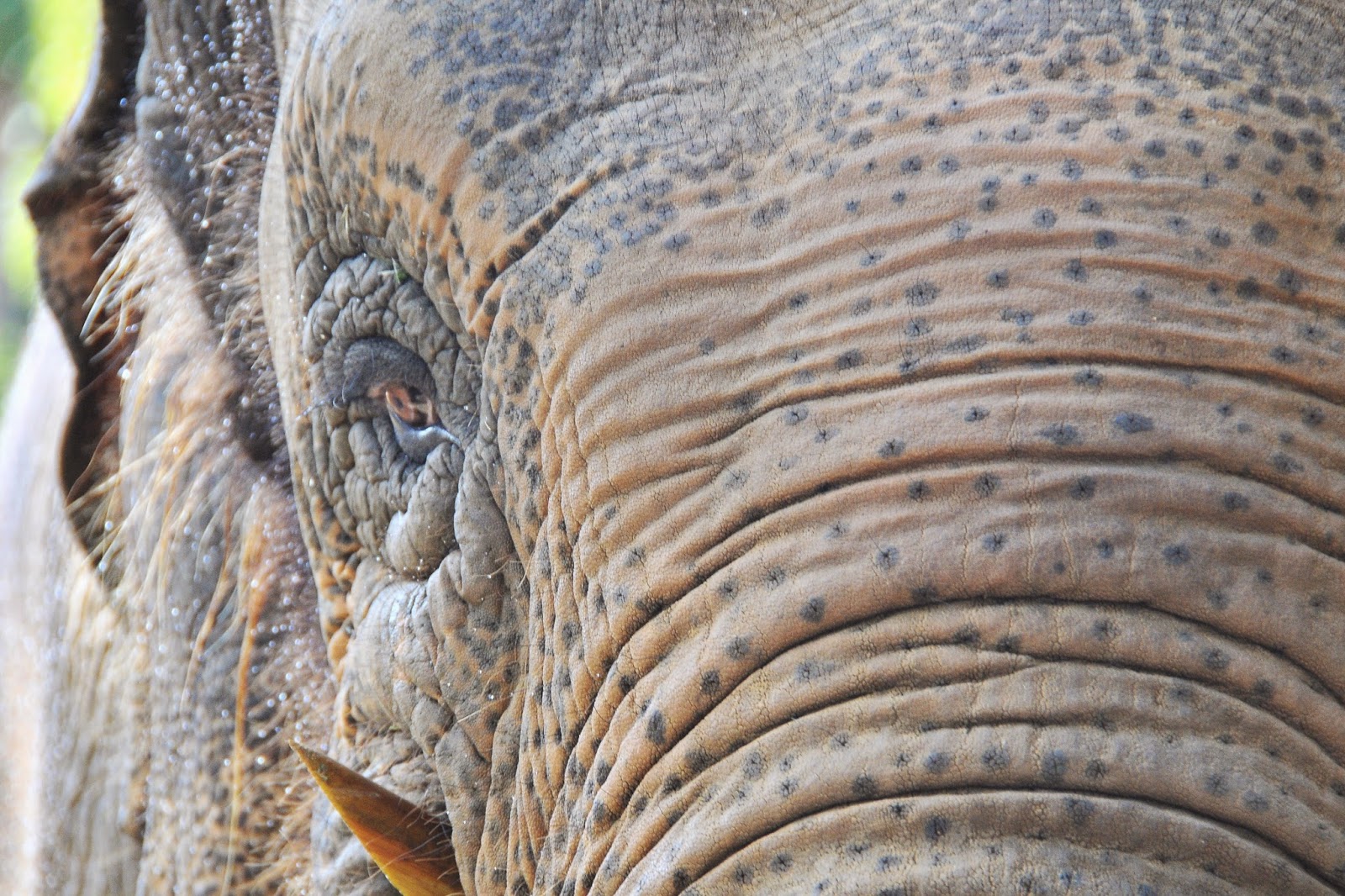 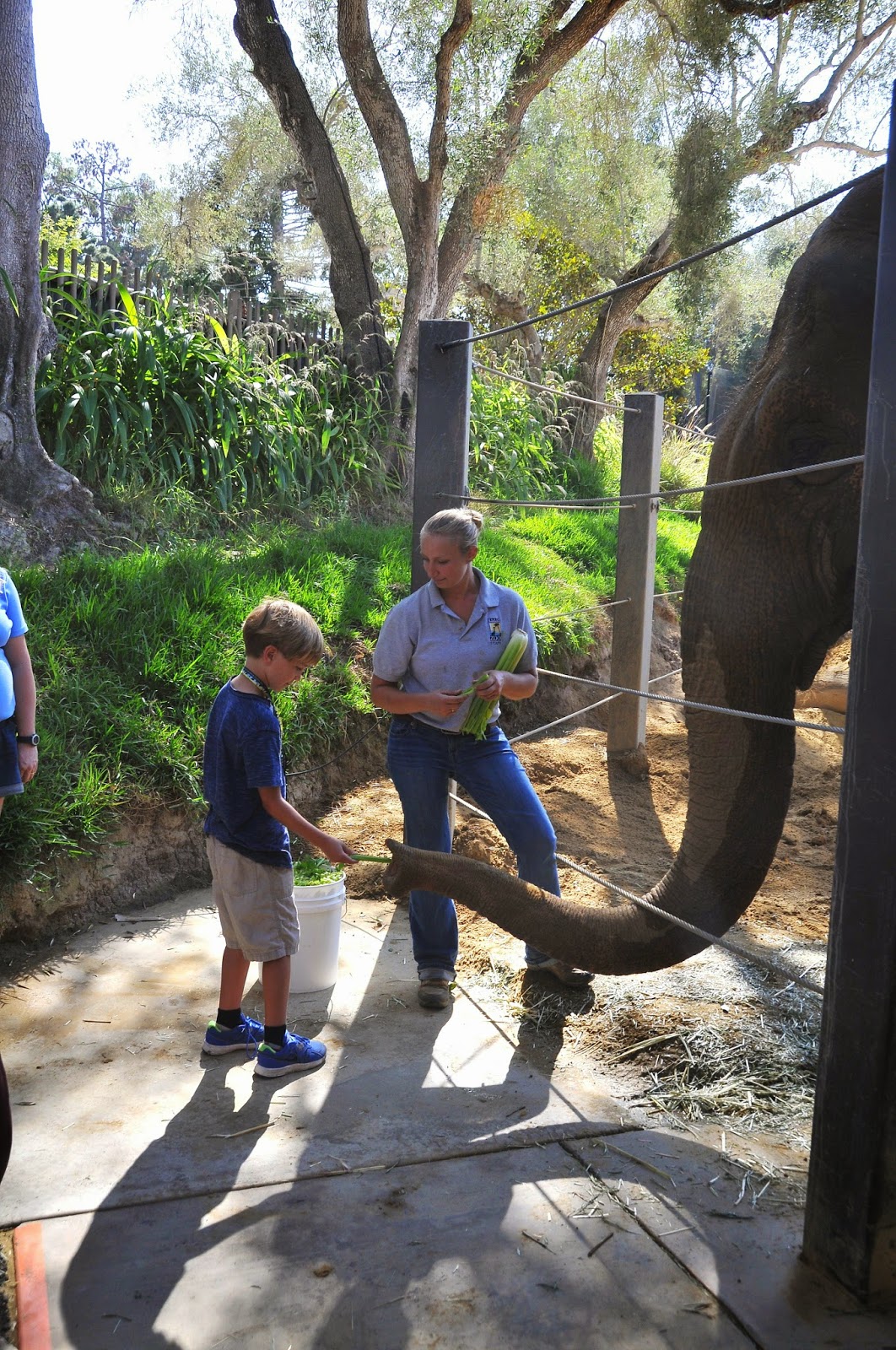 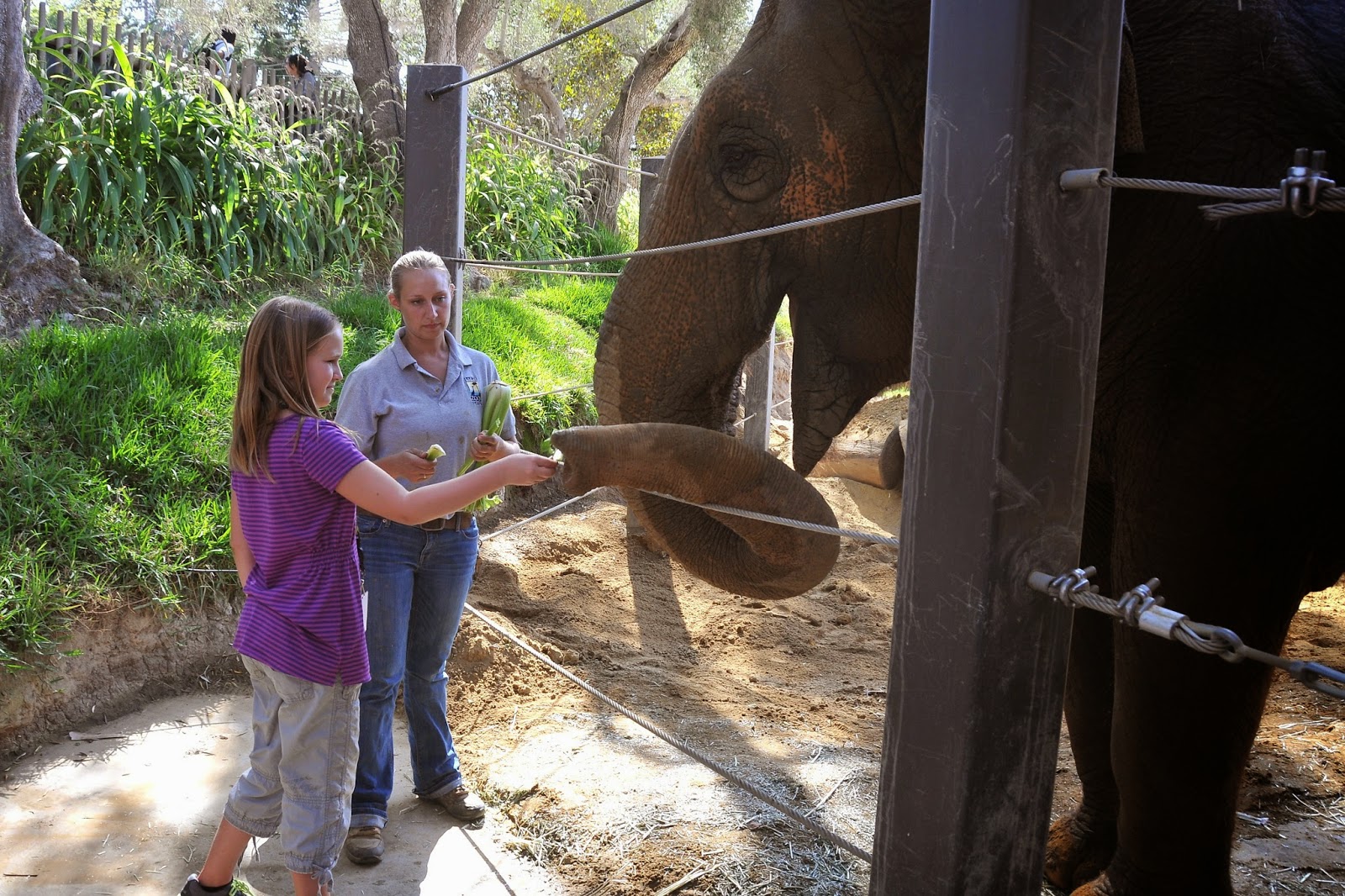 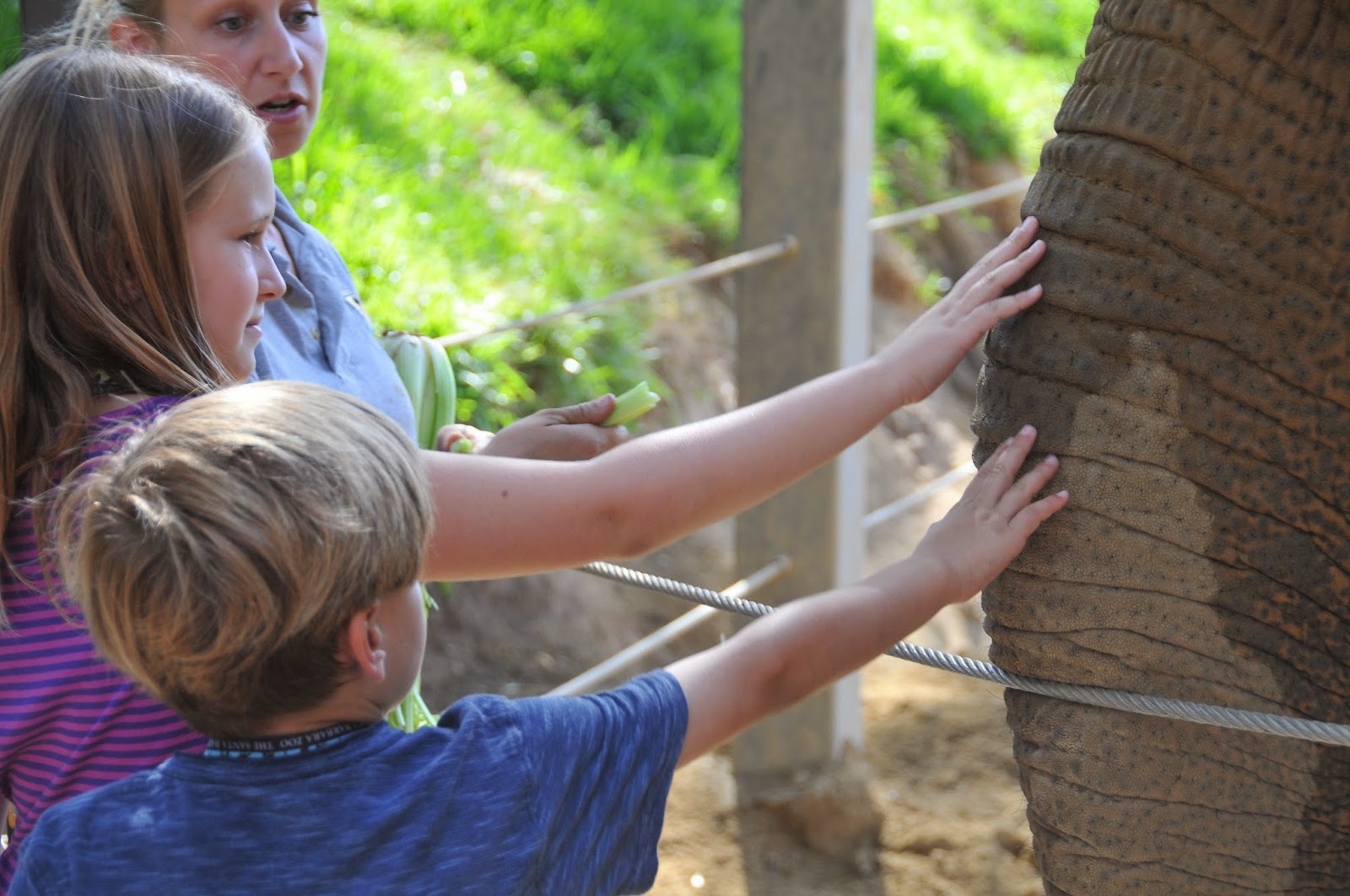 Vera has decided that she is going to be an elephant keeper. 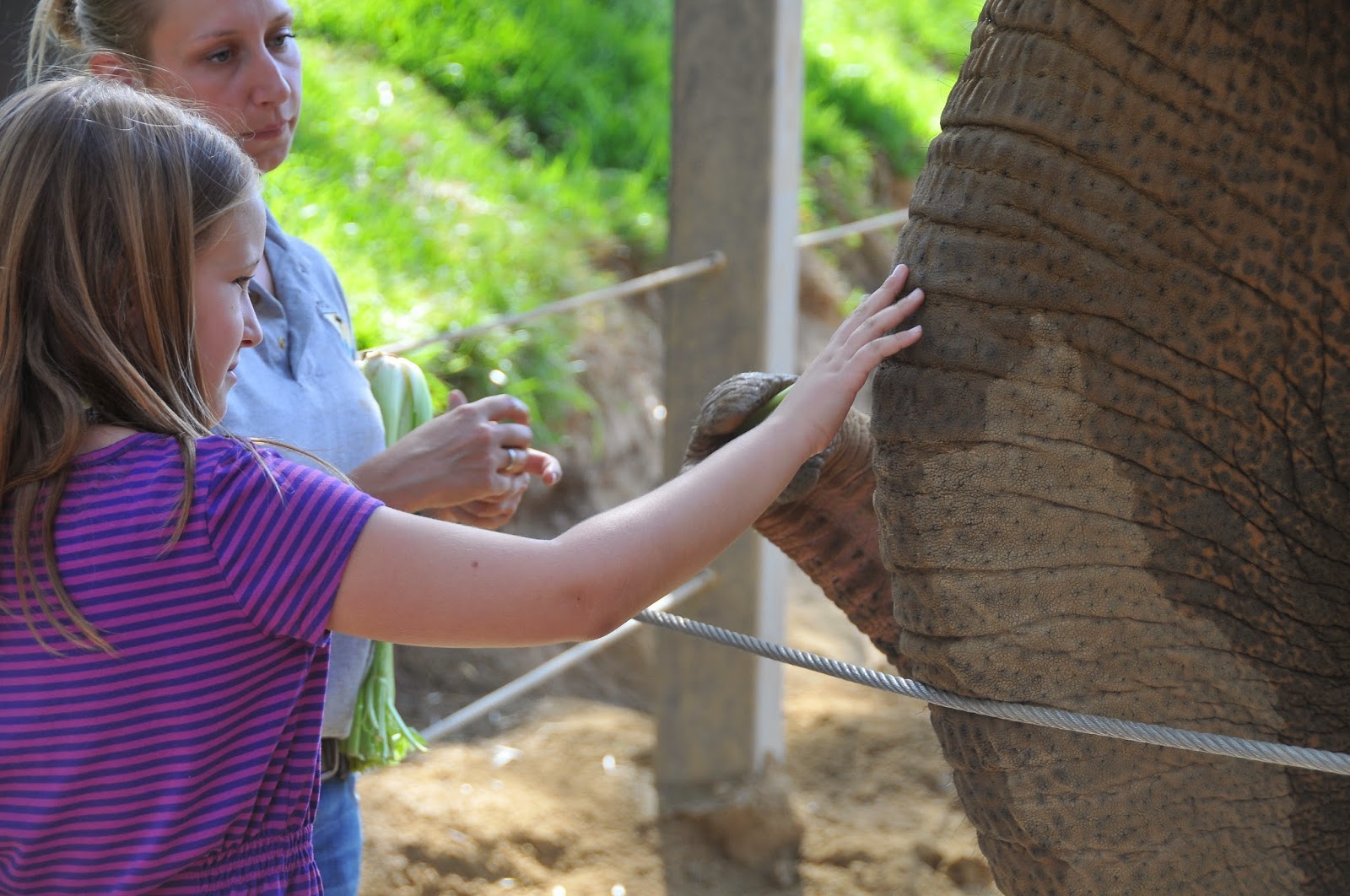 I was glad that Gus ended up feeding her, because when we first walked into the enclosure he was one nervous little boy. 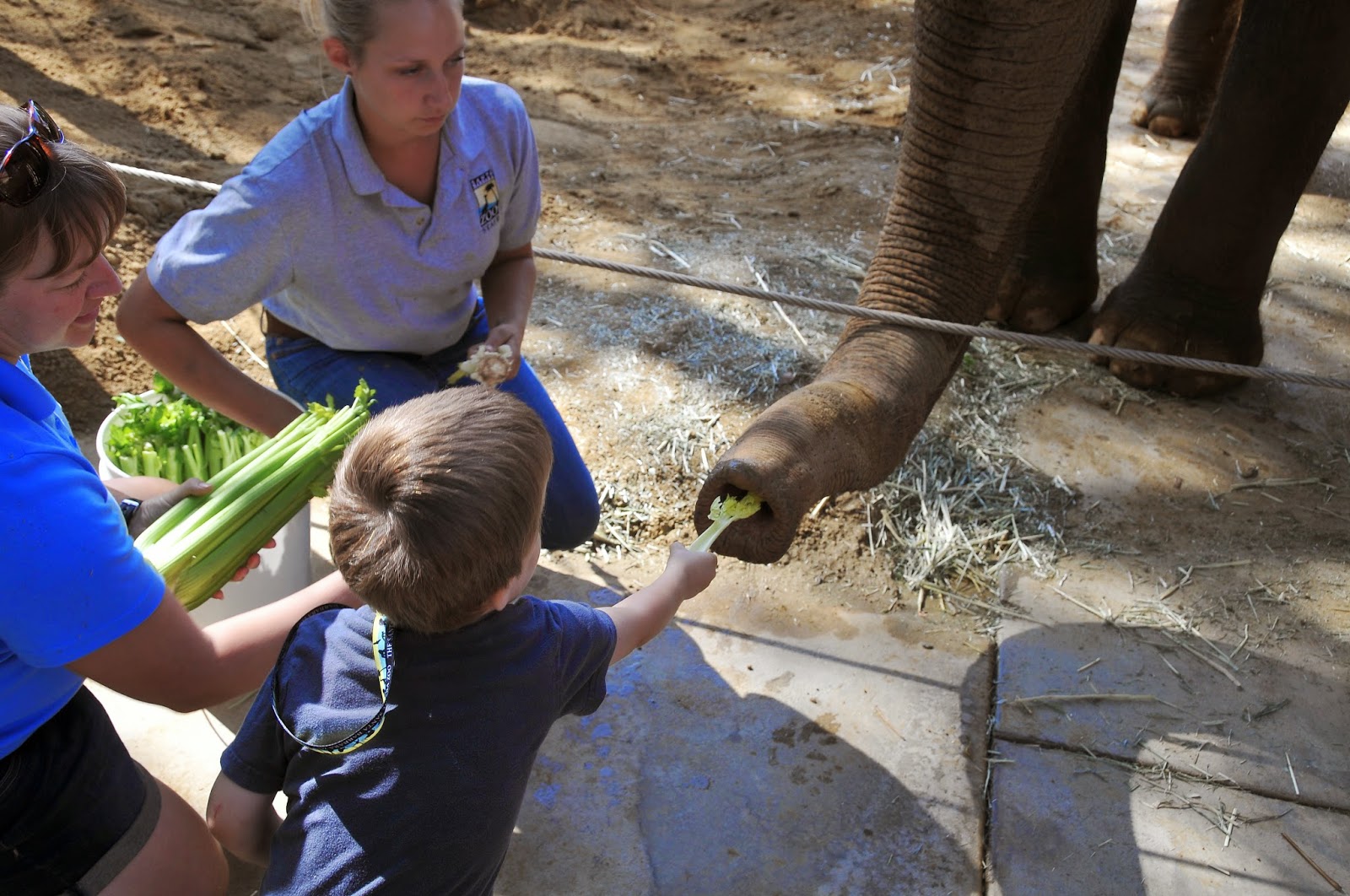 Vera took this awesome photo! See how calm I look petting that gorgeous elephant. Uhmmm...my visions of this relaxing and cool experience lasted about 10 minutes. At about the 10 minute point, Gus decided that he was done seeing the elephants and instead would try to run up and down the ramp to the enclosure. I am sure the nice people in charge of these experiences are reconsidering an age limit. Pearl was content for about 20 minutes before all that she wanted to do was walk around the entire area. Of course, I had said that I would keep her in my arms. See my hair in that picture...that is sweat!! 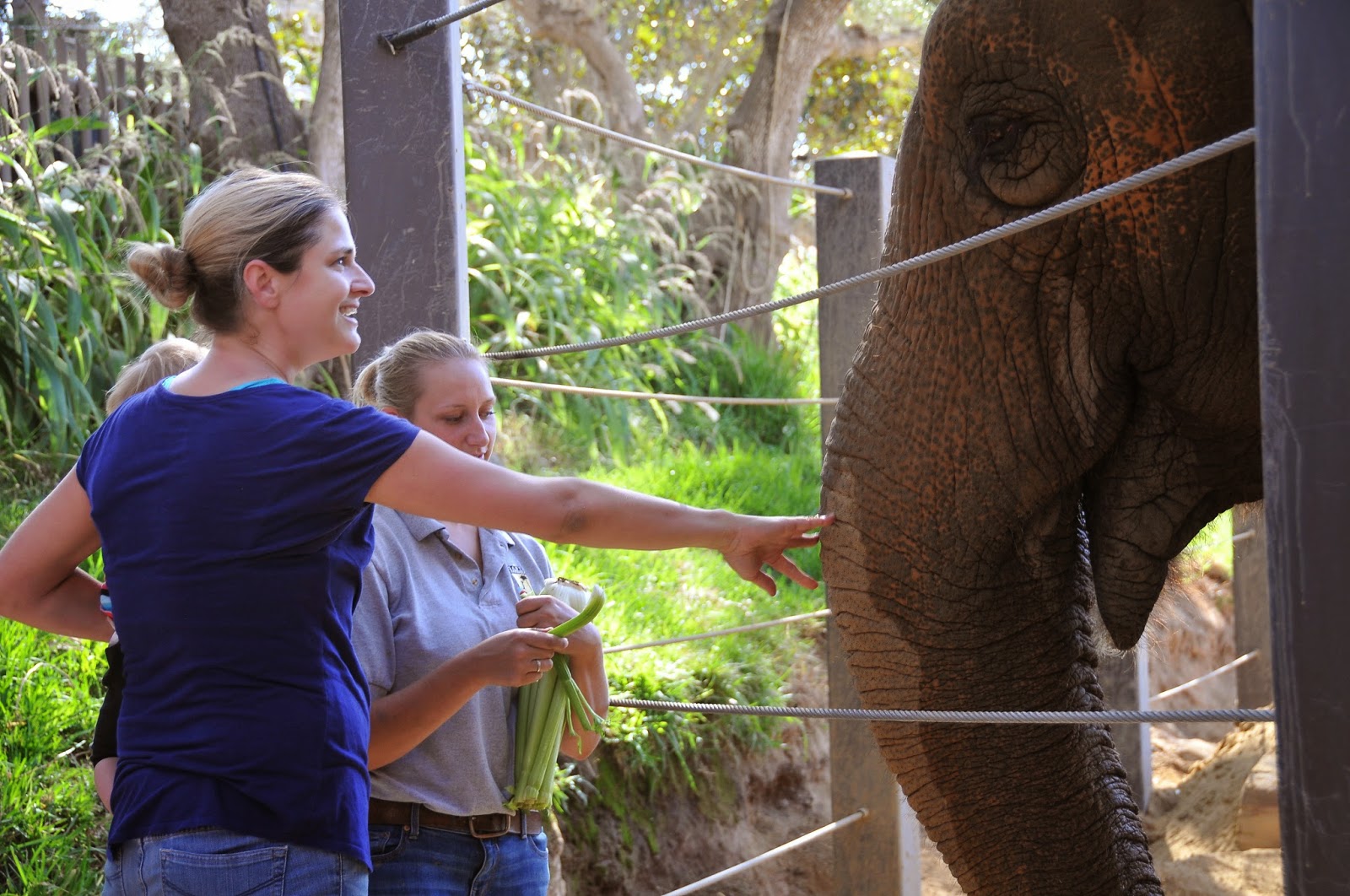 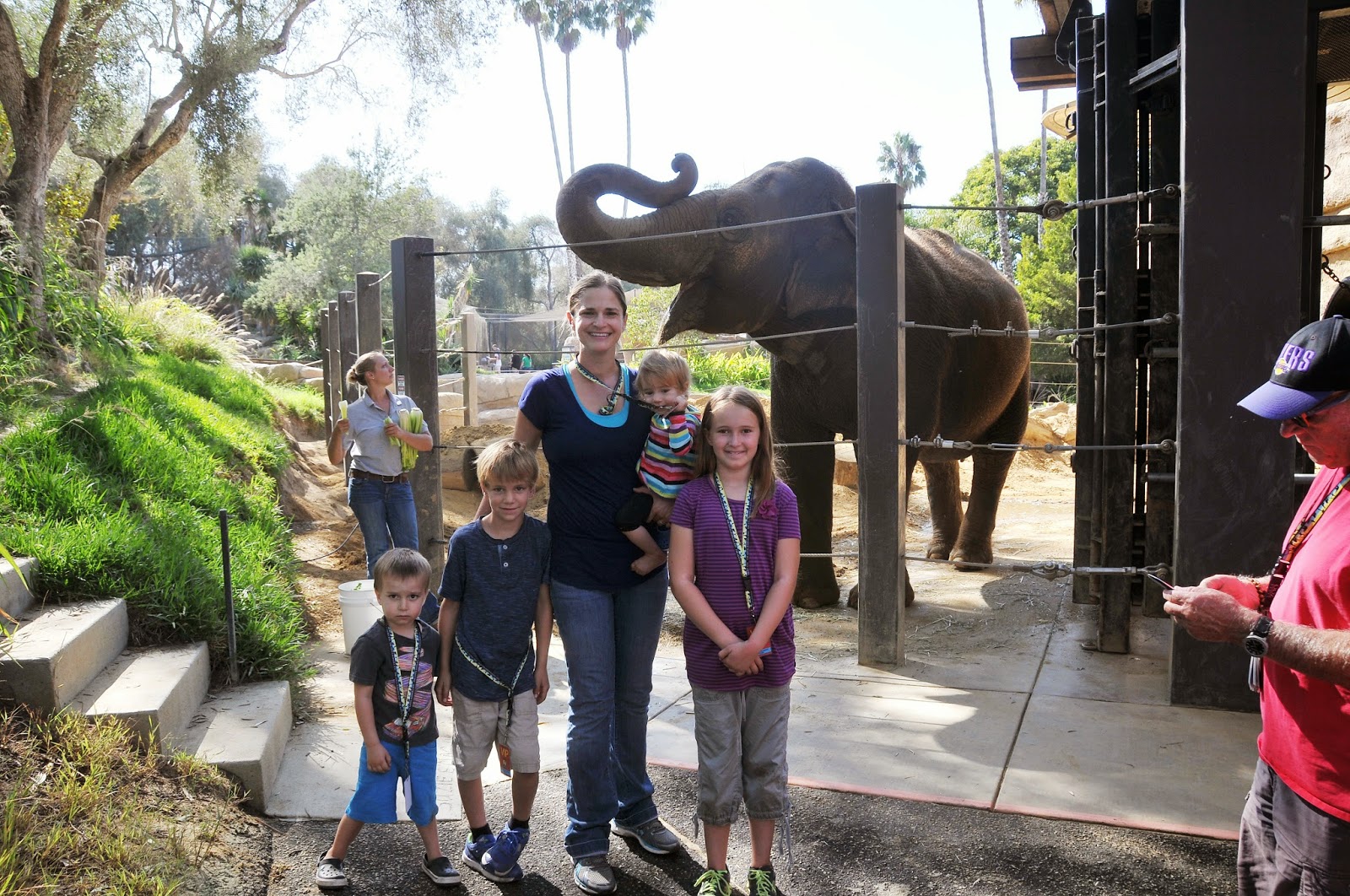