It turns out that 8 is great! Oh, and 12 eight-year-old boys have a ton of energy. The agenda for Keller's birthday was simple: pizza, ice cream, and an outdoor movie. It was just a tiny bit chaotic. ;) 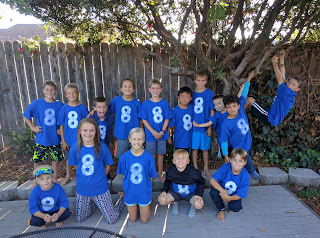 I made the shirts. Thank you Dollar Store for $1 t-shirts and Michael's for fabric paint. 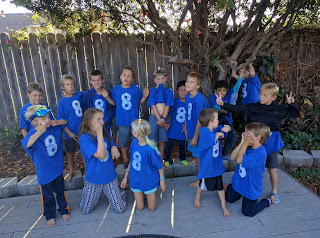 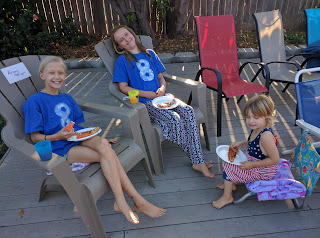 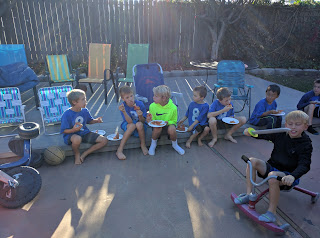 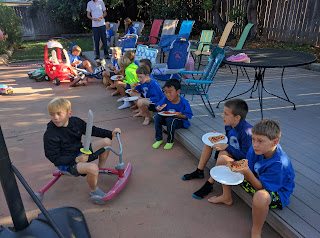 I bombed the game portion of the party. Should have had more games and more prizes. I was thinking that I just had to fill a tiny bit of time. But, it turns out that to see the movie it had to be really, really dark which means later than I thought. Aka, we had lots of time to kill. Oh, and awkward because Gus won the game. Urgh. Crying 4-year-old as I take the prize away or just move quickly on the from the fiasco. I quickly moved on. 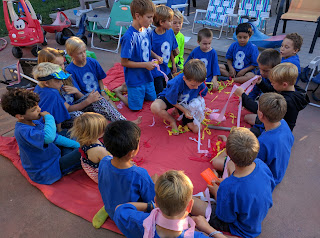 Ahhh...and then there was quiet and some peace. 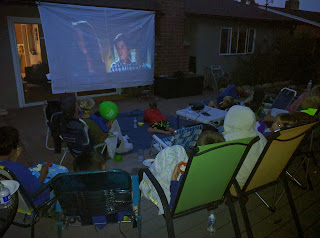 Posted by Good Times and Chaos at 5:01 PM