Here are just a few pictures from recent months that I like that I just haven't gotten around to posting. There are some shots from Grandpa Richard's visit, one from our ritual Thursday morning breakfasts, and then a bunch of randomness of cute kids. In the first shot Keller managed to get the lid off of his sippy cup and was having fun with his homemade water table. It is better than his other homemade water table...which is the toilet. He is our little dirty boy. 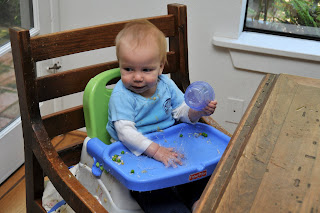 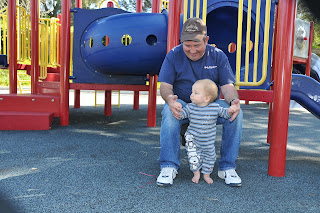 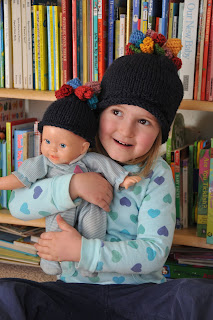 My first attempt at getting a professional looking shot. 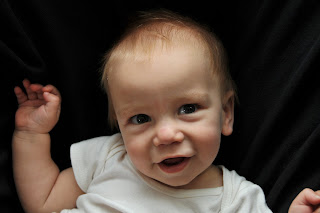 Vera's favorite dog. He used to be Baboo, became Coopy, and now that she is 3 he is Cooper. 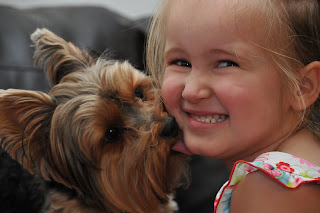 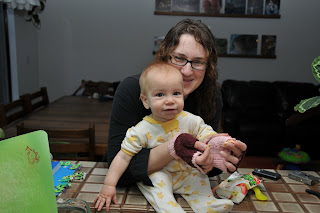 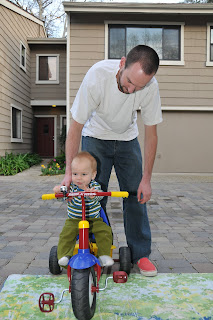 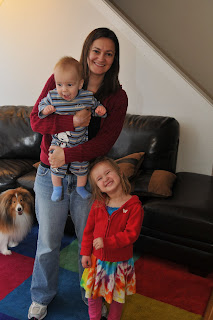 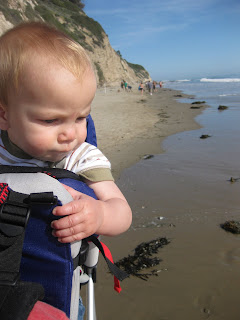 Vera, Grandpa Richard, and the two crazy dogs...Barney and Maddie. I watched Richard chase Barney up and down the beach trying to get his leash on. At certain points, Barney would scale the wall making me think that there is some part mountain goat in his DNA. 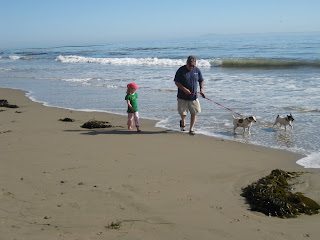 Posted by Good Times and Chaos at 4:37 PM

Yay! I finally have a shot of Vera's matching birthday hats!