For Road Trip 2009 it was my job to find landmarks and points of interest to see along our journey. That goal was much harder than it sounds. Originally, I had seen an article on Cadillac Ranch, but thought that Texas was way our our path. Turns out it wasn't.

Here is the other coincidence. On one of my 900 bathroom stops I saw a postcard for Cadillac Ranch, located in Amarillo...which was only 20 miles up the road from where we were on I-40, Fate! After many frantic calls to J for directions and a few wrong turns where we almost gave up, we reached our destination. Yes, the destination was 10 cars buried in the dirt covered in spray paint.

Hard to tell by the photos, but it was COLD...and foggy...in Texas. What is that all about? Oh, and me hanging from the car, would have been a lot cooler if the spray paint that I had been touching was dry. Instead, I ended up with maroon colored hands. 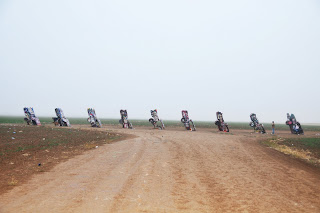 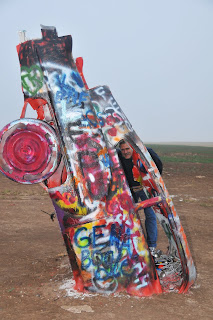 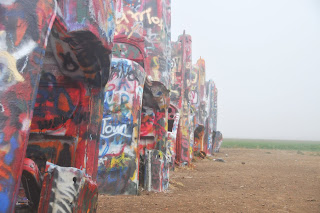 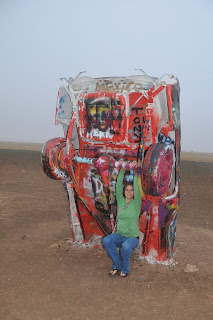 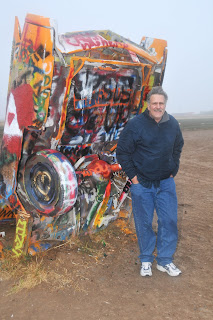 Posted by Good Times and Chaos at 8:30 AM