B and Chas - Wedding Rehearsal

I take my bridesmaid duties very seriously and so when given all of the ribbons from B's showers, proceeded to fasten a lovely (if I do say so myself) bouquet out of them. Uhmmmm...that I forgot to bring to the rehearsal. Whoops! The rehearsal took place at the Santa Barbara Zoo and realizing what I had done, CC and I ran into the gift shop to find something that would work as a substitute.

We picked out five little stuffed snakes to tie into a bouquet, knowing full well the bride is a bit squeamish of all things that slither. Took those itty-bitty little things up to the counter to have the nice man say, "$38.50." Say what? Is that with my 10% discount for being a zoo member?

Take two, the store also sells really large stuffed snakes for $10 each. Two of those tied together with CC's cute saying, "Cause you are tying the knot!" and we were good to go. They were a hit! Even after the real bouquet showed up with J, the snakes were the best prop of the rehearsal and wedding. Everything happens for a reason. 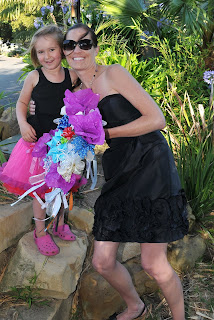 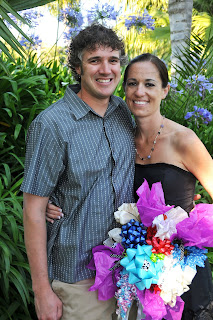 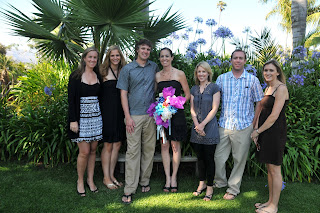 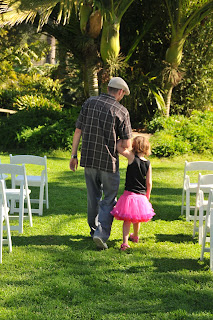 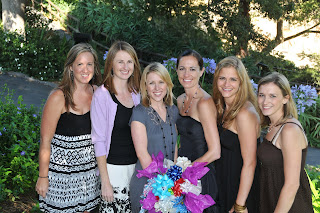 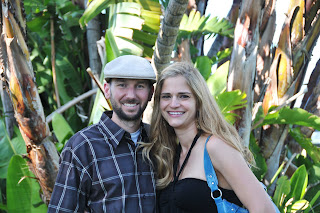 Dinner at Padaro's Grill in Summerland: 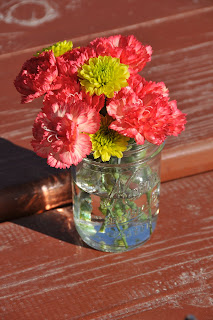 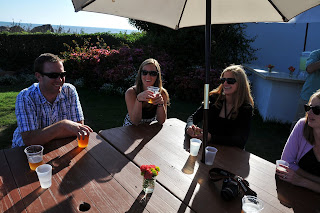 I was kicking a hippie/bohemian look. 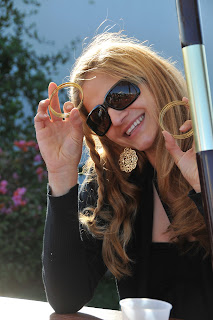 And, we are still not quite sure what look J was kicking. Okay, I admit his hat was only turned like that so that he could take pictures. Of course, I had the camera here...why is the hat still rocking it sideways? 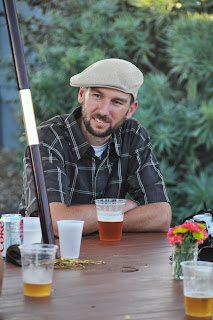 Snakes on a table: 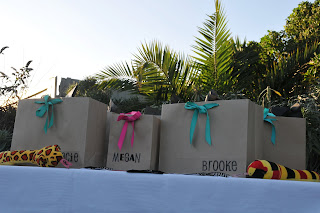 After looking at all of my photos, I don't have one shot where B is holding her substitute bouquet. Instead, here CC and I are hanging with the snakes at the wedding. 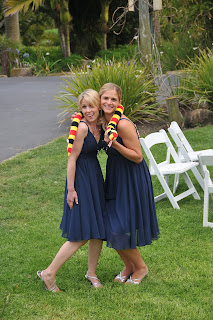 Posted by Good Times and Chaos at 1:53 PM