Hello Hendry's Beach! Thank you for letting us celebrate the Little Dude's birthday on your sandy shore and keeping the tide at bay until we were ready to leave. Next year I want to dial up some sun, but when all was said and done the party was a success.

Just for the official blog record it is pretty exciting that Keller's birthday falls on a day of fireworks and fun. I swear that at the beginning of the party he was wearing red, white, and blue clothing. The birthday outfit lasted 10 minutes before it was drenched and time to don the bathing suit. 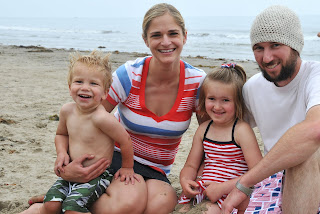 2nd birthday and 2nd year in a row that I have made the hamburger cupcakes. A tradition in the making? Considering that they are fairly easy and transport well...I think they could be his b-day treat for life. 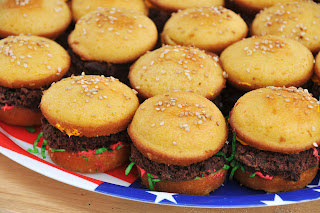 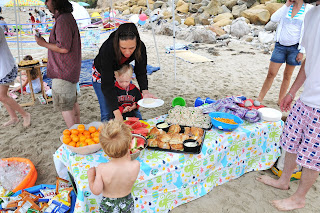 Who knew that kiddie pools could come in so useful? 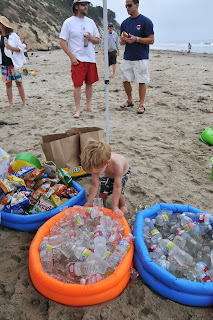 Treasure hunt! The best part...first, the under-4 set were scavenging. Then, the big kids got into the action. AND THEN, the adults tore the treasure area apart searching for every last toy that could possibly be hidden. It is definitely a game I think we will play again. 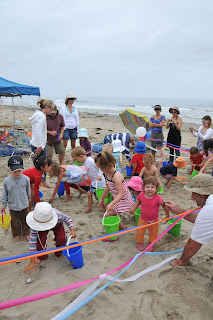 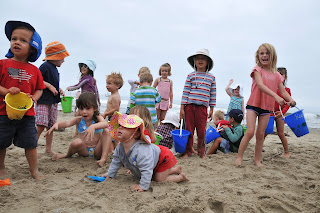 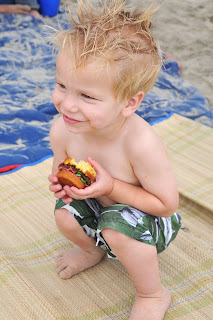 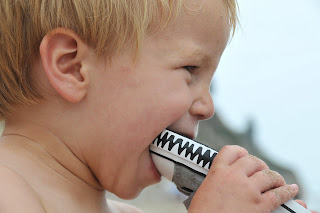 A friend picked these two items for Keller and randomly, they were perfect. The Dude is obsessed with gloves and has been jealous of big sister's camp backpack all week. 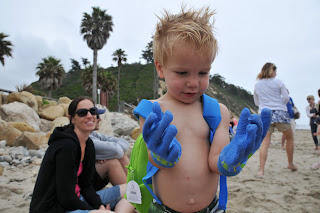 To end the post, Vera and friend kicking some red, white, and blue and having a blast in some very, very, very frigid water. Vera spent most of the party in the water. I have no idea why! 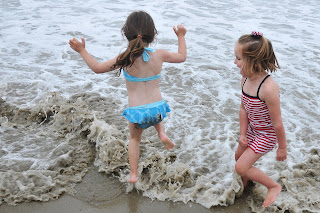 Posted by Good Times and Chaos at 8:12 PM

awesome, a family shot with everyone smiling! Good on Nancy for clowning around to make the kids smile!