Amazing day! Our neighbor, Ms. A, volunteers at The Santa Barbara Marine Mammal Center and has mentioned several times that our family could come visit their rescued animals. Specifically, their baby rescued seals. Today was the day.

Here is one thing we learned about seals, as babies (when they are drinking "fish" formula) they are cuddly, suckle on everything and anything, and are just about the cutest things you will ever see. Then, they start to eat fish. Though they are still beautiful animals, they become a bit more aggressive and will forget the human interaction they have had. Seeing the babies is one of the reasons that we wanted to visit the center in the spring. Ms. A promised that the kids could pet the baby seals.

This little dude, he is only a week old. 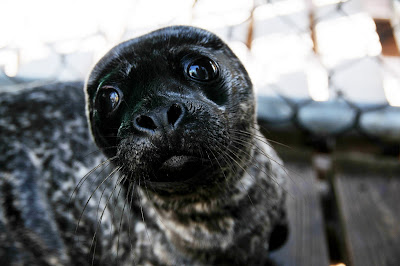 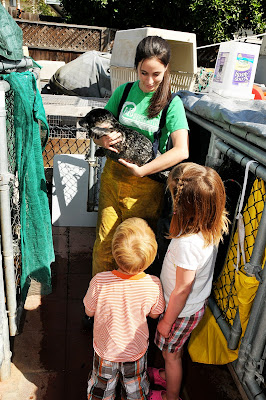 The seal's fur was so soft, comparable to a rabbit's. 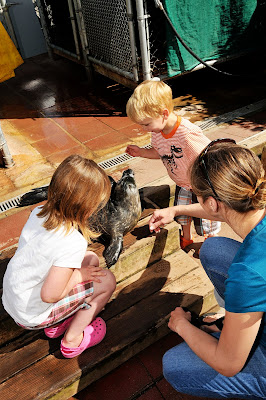 Then, there were two babies. Sliding around on their bellies, they followed Ms. A around and suckled on her leg, each other, and eventually even Vera. 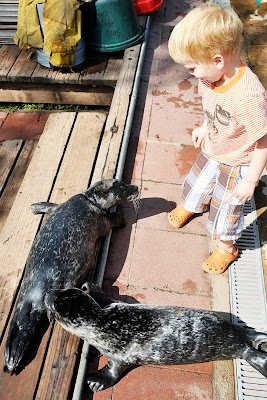 Whew! The bigger seals were loud. Keller didn't quite know what to make of their noises, sometimes sounding like bellowing, snorting, and belching. Our little dude was also fascinated with the feeding tube (you can see it hanging on the cage) that is used to feed the babies their formula. 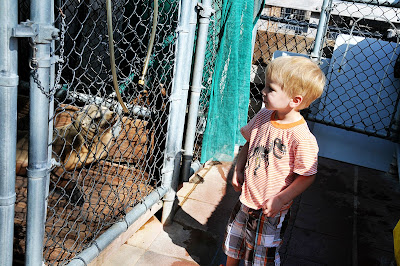 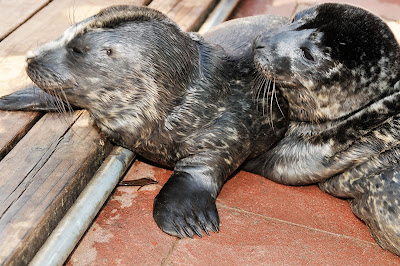 Suckle, suckle, suckle...for the rest of the day we kept hearing that Vera's shoes were filled with seal slobber. 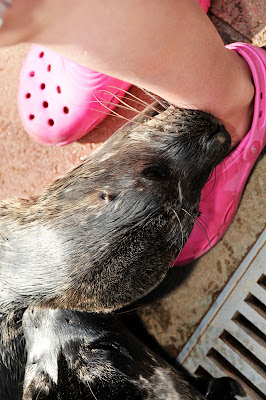 Such an awesome experience!
Posted by Good Times and Chaos at 8:15 PM

That first picture is adorable! I want a baby seal!! Tell Ms. A I am your neighbor too ;)

Keller was afraid of noise? !

& he likes contraptions, he was also fascinated with my breast pump.