Vera is almost 3 1/2...wow, that is crazy to write...and we just discovered a new park. Dinosaur Park in Isla Vista is cool for what it has that is different and older. By older, I mean those types of apparatuses and play structures that they no longer put at playgrounds because they can be dangerous, which sounds so bad when I say that they are so much fun. There is a merry-go-round, teeter-totter and a sand digger (which I had never seen before). Also, a huge stegosaurus for climbing adventures.

My only complaint was that it was also a dog park and quite a few people forgot their poo bags. Yeah, at one point I was fishing a brown thing out of Keller's mouth and just about had a heart attack. Thankfully, it was dirt and not poo. However, that didn't stop him from turning directly around, climbing the dinosaur structure, and licking the only spot on the entire thing where a bird had pooped. YUCK!

Vera was in heaven each and every time a new dog approached. Then, our friends came with Mocha and his leash never left her hand. 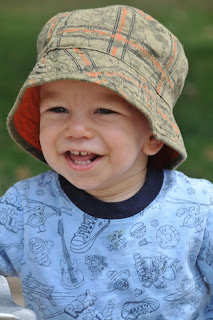 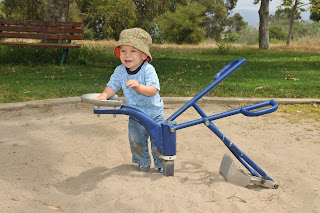 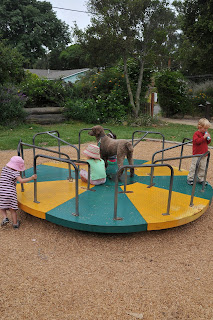 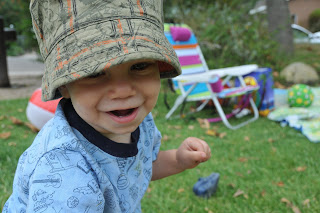 Still would not drop the leash...such a good dog, he put up with so much. 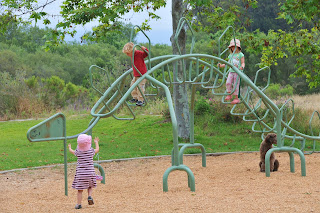 Posted by Good Times and Chaos at 8:18 PM