Before I had children I thought that the differences between girls and boys is all about parent influence. I think I was wrong. Yes, your little girl can like trucks and the little boy can love being a princess (i.e. Keller Dude), but at least in the case of my children they are different. Vera is high energy and adventurous, but Keller just takes it to a new level. At 2 she would climb stairs rapidly, Keller climbs onto the counter and tries to grab items that have been put off-limits. Vera runs around in circles racing around the park, Keller runs around in circles and then sprints off any surface in a flying leap.

At the zoo last week with friends we were trying to get pictures of the kiddos together. The girls posed nicely for several pictures smiling at the camera. The boys did dance moves laughing as they postured. Of course now that I think about it, is it a sex difference or an age difference? I can also think of at least a couple of examples in both directions that go against my theory...and the debate continues! 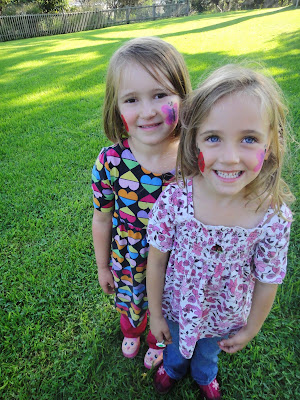 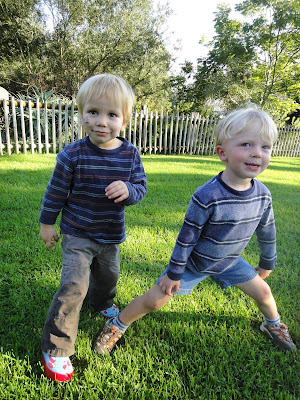 Are those cherries on Keller's shoes?