I have so much to catch you up on! The Mazzetta Crew spent a long weekend in San Francisco watching The Giants, playing at Nonni's school carnival, touring Mrs. Grossman's Sticker Factory, and eating Jelly Beans. We have been busy and running just a bit. This has led me to have so much to blog about and so much to say and post that I haven't wanted to tackle it.

It is time to get started! Nothing will be in order and you are about to see way too many baseball photos. You have been warned!

October 3 ended up being the biggest game of the San Francisco Giant's season. Did we know this when we bought our tickets 3 months ago? Heck no. It was the last game of the season and just happened to be the one we could attend. We rounded up various family members thinking it would just be a fun activity for us all to hang out and talk...above the screaming crowd and rally rags waving.

It turns out that the entire season rested on this one game...but, we will start at the beginning.

The train ride to the stadium was AWESOME! Here my mini-me and I are waiting for it to arrive. 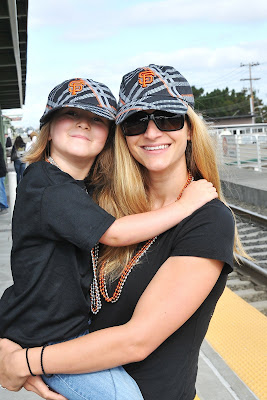 Vera looked like a rapper in her outfit. She just needed to sag her jeans a bit more and start rhyming. 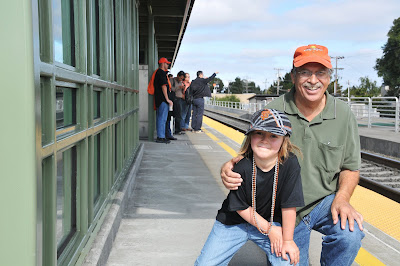 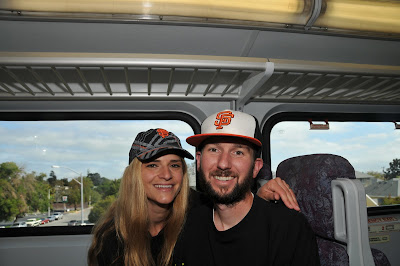 Cute kids on the Willie May's statue. I was fascinated by how many people (all men) came up to the statue to rub the bat for luck. 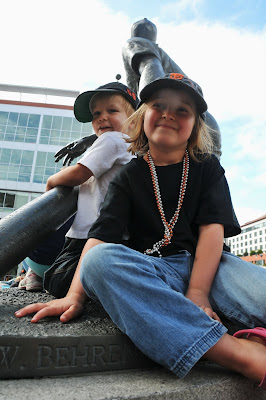 Group shot! Okay, I think it is hilarious that Nonni is lurking in the back behind my dad. She looks so tiny. And Opa, really, the only person not looking at the camera! It would have been a miracle of small proportions if we had all been facing forward. 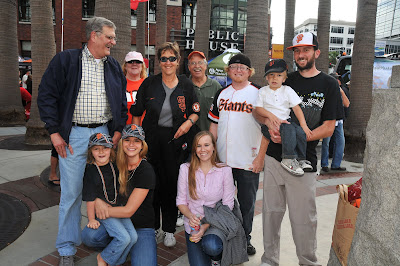 Look, so empty, but not for long. 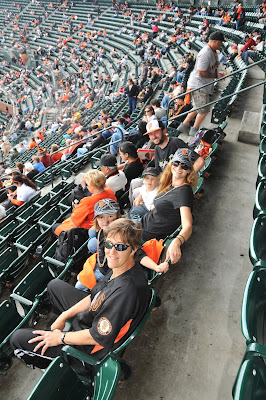 J's favorite shot of the day. Gentleman, a rock? A hot tub? 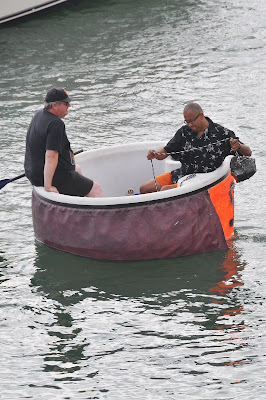 Rally rags in the house!! You know what is odd about this photo. It isn't how happy I am to be waving an orange towel in the air. Nope, it is the fact that I have funky elbows. I mean really funky. 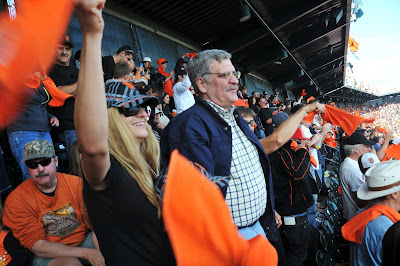 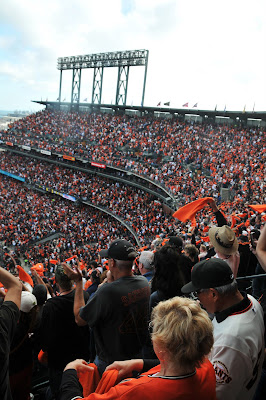 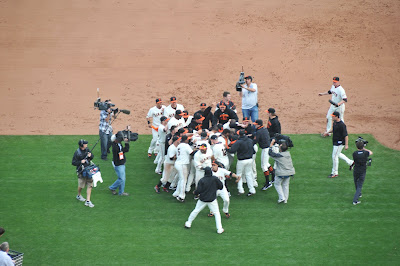