On Tuesday of our trip, the entire family set off for Scout Lookout. Yes, it is listed as strenuous in the guidebook, but when J talked to the man working at the front desk he was assured that it would be a great hike for a family. The path is paved most all the way to the lookout. Scout Lookout is the resting place right before people hike to Angel's Landing. Angel's Landing is probably the best known hike of Zion. You have to use chains to climb up it, there are parts where the path is 3 feet across with sheer cliffs on either side. We never had any intention of heading to Angel's Landing, but did want to make Scout. I really wanted to see Walters Wiggles. The description is below.

At about 3/4 of the way through, Keller pooped out and was done (understandable). I went back with him to a flat area along the path while J carrying Gus and Vera made it to Scout Lookout.

On Thursday, J encouraged me to climb the trail again, because I really, really wanted to see Walters Wiggles and say that I made it to Scout Landing. Vera hopped on board as my hiking partner and we were off on a mother and daughter hike. 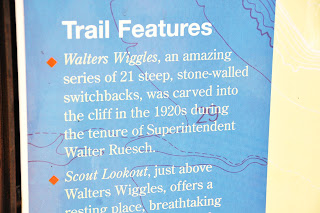 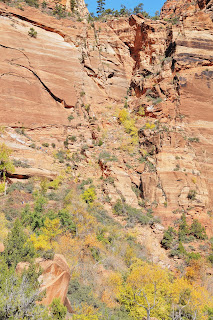 It is amazingly difficult to see the switchbacks as the trail goes up the cliff face. 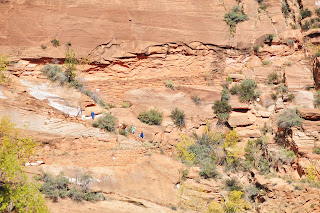 Can you see the little people? 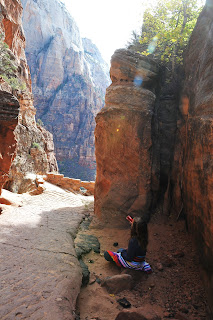 One of our rest spots. I had a moment of hesitation that Vera wasn't going to make it and I was again going to miss the Wiggles. That said, she was awesome and rocked it up the trail with just a few rests. 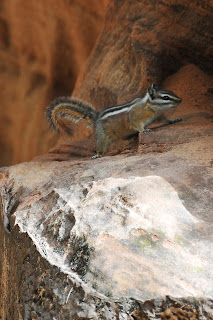 Ringtail chipmunks were common throughout the part, almost as common as mule deer. 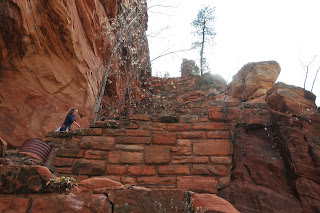 The beginnings of Walters Wiggles. 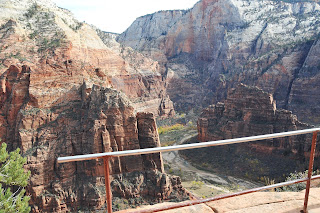 The view from the lookout. 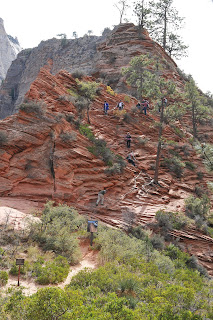 It is hard to see, but this is the start of the climb to Angel's Landing. 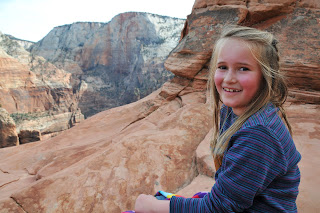 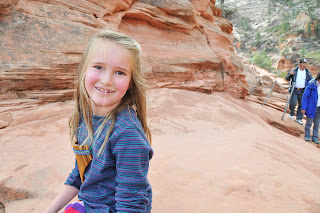 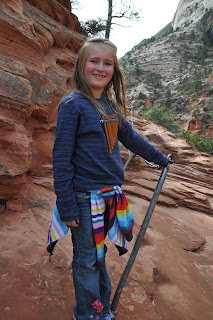 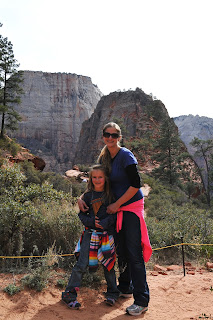 So, so glad to make it to Scout Landing and also to have some quality time with Vera. All of the pictures from this trip make me realize how fast she is growing up. 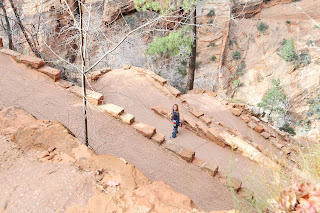 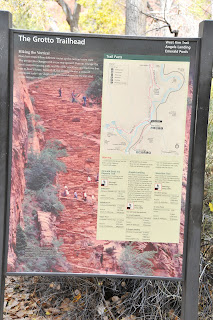 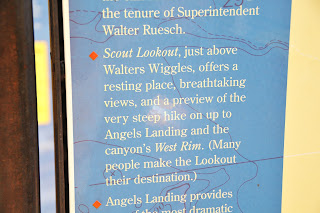 Posted by Good Times and Chaos at 6:57 AM